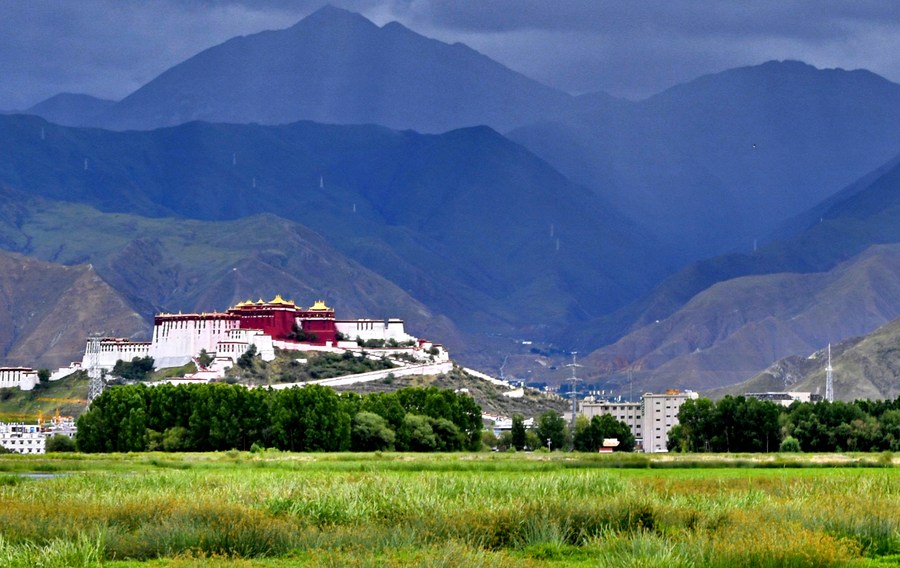 LHASA, April 19 (Xinhua) -- Southwest China's Tibet Autonomous Region has achieved progress in prehistoric archaeology research thanks to its efforts over the years in research on paleolithic culture, human origin and cultural lineage of archaeology.

A total of 21 archaeological investigation and excavation projects were launched in 2021, and specific survey of 277 grotto temples were completed last year, according to the regional cultural heritage bureau.

The bureau noted that a "time-space framework of prehistoric archaeological culture" has now been established in Tibet.

In 2020 and 2021, archaeologists conducted excavations on 10 tombs, pits, and other human living sites at the Mapotso relics site in Kangmar County, dating back some 4,000 years.

"It is the earliest prehistoric site we have discovered in the heart of Tibet. More importantly, it is a new unique archaeological culture type of lakeside fishing and hunting in Tibet," said Shaka Wangdu, a researcher at the regional institute of cultural relics protection.

He said that the discovery is of great significance in exploring prehistoric culture and how humans adapted to coldness and scarcity of oxygen on the plateau.

Tibet will continue its prehistoric archaeology research and finalize more than 10 archaeological projects in 2022.