“We have been to many places to perform Xierong ‘Zhongzi’ (a kind of wild yak dance), including the stage of Tibetan New Year Gala several times. The audiences like the dance very much.” Talking about his performance experience over the years, the 63-year-old Sangzhu is very proud.

Xierong “Zhongzi” is a traditional Tibetan performance art that integrates vocal music, monologue, and dancing. It is translated into “wild yak dance” in Chinese. Dating back over 1,000 years, it has been included in the national intangible cultural heritage. Living in Xierong Village, Qushui County, Lhasa City for most of his life, Samdrup has seen a bigger world with the help of Zhongzi. As an inheritor of the dance, he also witnessed how the dance has danced to a bigger stage.

“Thousands of years ago, Xierong ‘Zhongzi’ was carved on the Jokhang Temple’s mural “Jokhang Temple’s Celebrating Picture”, and the dancing scene was also recorded in the Sangye Monastery’s mural.” In Samdrup’s view, Xierong “Zhongzi” has frequently appeared in major celebrations in the history of Tibet; it is a “living fossil” witnessing the social and cultural development of Tibet. 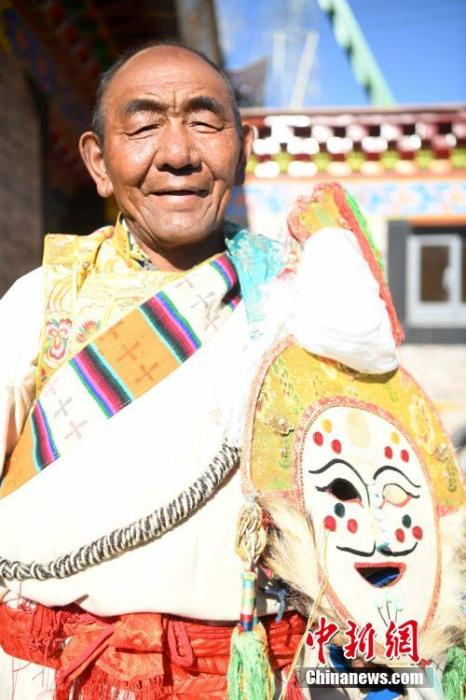 “Each year during the Shoton Festival, the eight Tibetan operas cannot start until Xierong ‘Zhongzi’ is performed.” Samdrup says that as the dance contains the meaning of joy, blessing, and auspiciousness, it has become a necessary part of a festival. In more than 40 years, Samdrup has participated in countless performances at the Shoton Festival and Wangguo Festival. In the early years, every performance out of the village was not easy.

“Whenever we went to Lhasa to perform during the Shoton Festival, we used mules to carry props at the earliest. Later, we took a tractor to the ferry on the Lhasa River, boarded a cowhide boat to cross the river, and finally took a car. It cost us more than half a day. A round trip needed 3 days.” Samdrup recalled that sometimes the performance costumes got wet when it rained while they were on their way. The costumes would become too heavy for them to carry out the performance. At that time, the income of the performance was also very little, “10 yuan per person for a performance is only enough to eat a bowl of Tibetan noodles.” 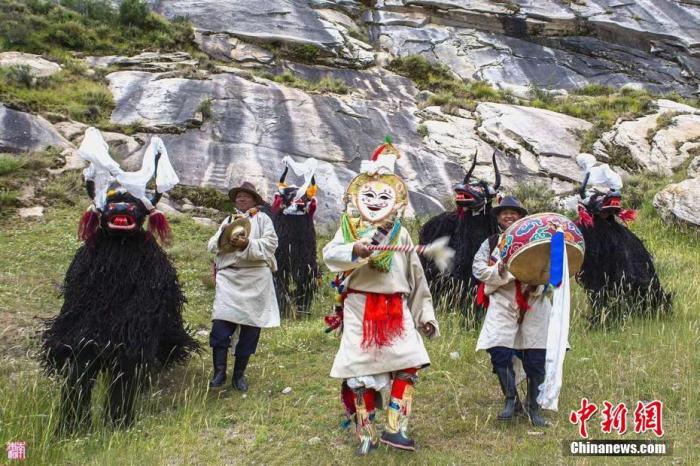 “At the most difficult time, there were only two elders in the village who knew the singing and speaking in the performance. The young people went to earn money by working on the construction site, and no one wanted to learn the dancing. However, things got to make change in 2011, when the Xierong “Zhongzi” was included in the national intangible cultural heritage list under the support of local government departments, and the protection and inheritance has been strengthened since then.

In 2014, the state allocated a special fund of 560,000 yuan for the inheritance of Xierong “Zhongzi”, and the costumes and props were also updated. There are more opportunities for the performance. In addition to traditional Tibetan festivals, Xierong “Zhongzi” is also staged during major events and galas. And the “difficult travel” that once troubled Samdrup, is no longer a problem because the highway is open to traffic.

Now, Samdrup often goes to the local elementary school to teach students the dancing, hoping to cultivate children’s interest in dance from an early age. He also hopes that more young people can join in, so that the thousand-year-old Xierong “Zhongzi” can continue its glory.