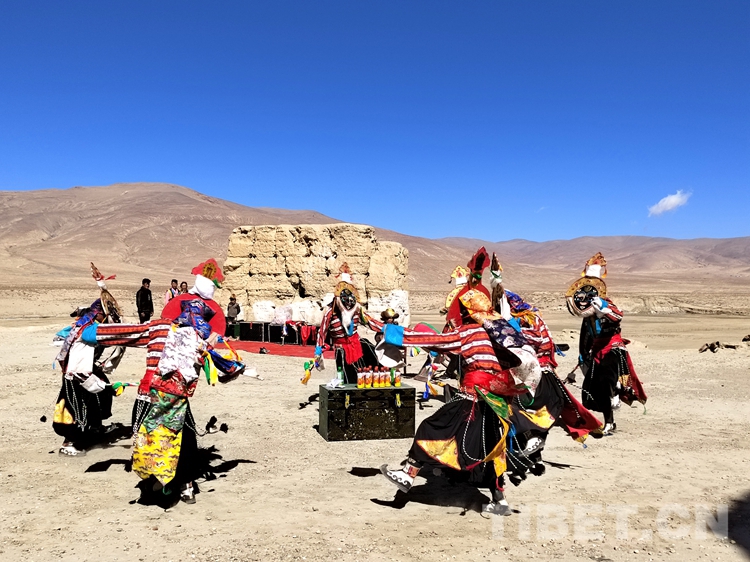 The Tibetan opera in Qudui Village, Xongmai Township, Sakya County, Shigatse City, Tibet Autonomous Region, used to be compared with the famous dancing to gods in Sakya Monastery. However, later, it was lost for a long time due to various reasons. According to local elders, the style of performances, costumes, props of the Qudui Village Tibetan Opera belongs to the category of Chomlong Tibetan Opera. 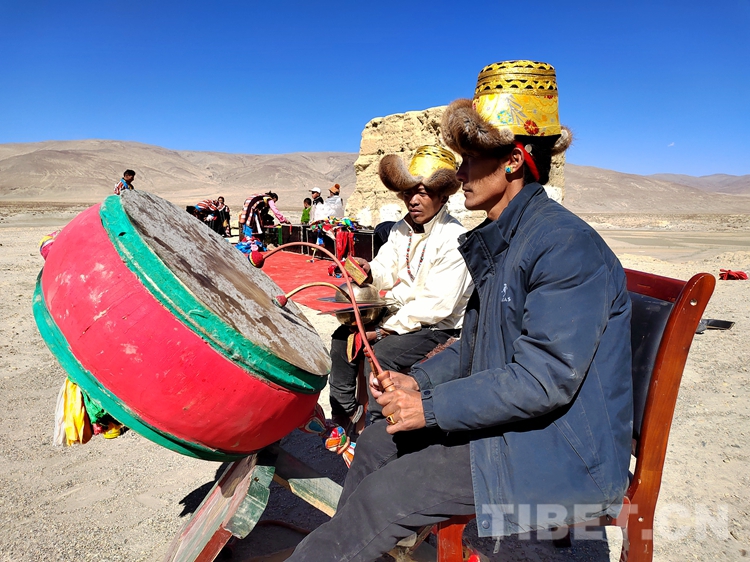 However, the re-establish work was really difficult. Most of the Tibetan opera performers of the previous generation in the village have passed away, and others were unable to be teachers of the new troupe due to various reasons such as health conditions. After discussing and making inquiries from various sources, they finally decided to invite teachers from Cogo Township, Dingri County, because the Tibetan opera in Cogo Township also belongs to Chomlong Tibetan opera. At that time, the cost of inviting teachers, costumes, props and other expenses for the first performance of “Drowa Sangmo” were all paid off by the actors voluntarily.

Yeshe Phuntsok, a native of Qudui Village, is also a teacher of today’s Tibetan Opera Troupe in the village. When he was a child, he liked watching Tibetan opera performances the most. His late father was also a teacher of the Tibetan opera team in the village at that time. So he always begged his father to sing to him. Gradually, he learned to sing with him. Now, the 33-year-old Yeshe Phuntsok begins to officially learn Tibetan opera, and he is slightly better than other actors in both singing and performance. Under the teacher’s suggestion and the team members’ election, he has become the teacher of the Qudui Tibetan Opera Troupe.

“Since the establishment, we have trained hard and learned opera lyrics, singing, and performance in more than 4 years, and we can now perform “Drowa Sangmo” and “Nangsa Obar” well,” Yeshe Phuntsok said, “This year, the team has two newcomers. There are now 14 actors in total, all of whom are young people loving Tibetan opera as much as I do. In the future, we will continue to learn to sing Tibetan opera well, and work hard to perform Qudui Tibetan Opera well. ” 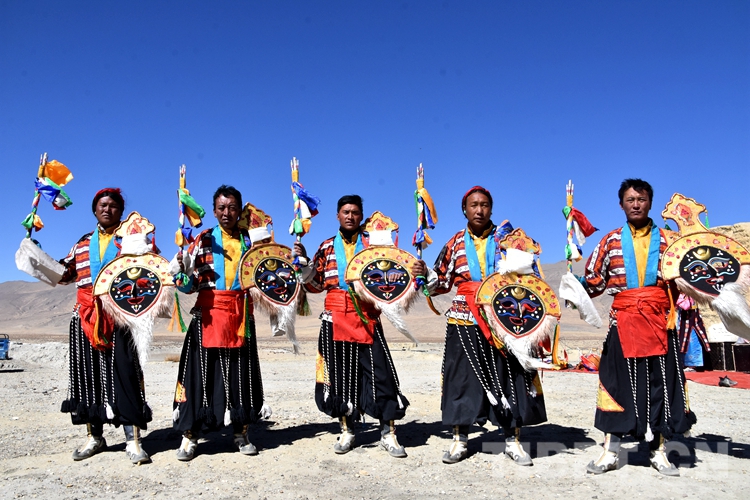 Because of their love, more and more people in the village are participating in the protection of Tibetan opera. As long as there is a public Tibetan opera performance, the villagers would go to watch and provide some material help to the Tibetan opera team. Besides, they would cheer and applaud loudly to show their support.

After two years of rehearsal, on March 28, 2020, “Drowa Sangmo” was performed for the first time in Qudui Village to celebrate the anniversary of the liberation of serfs in Tibet. 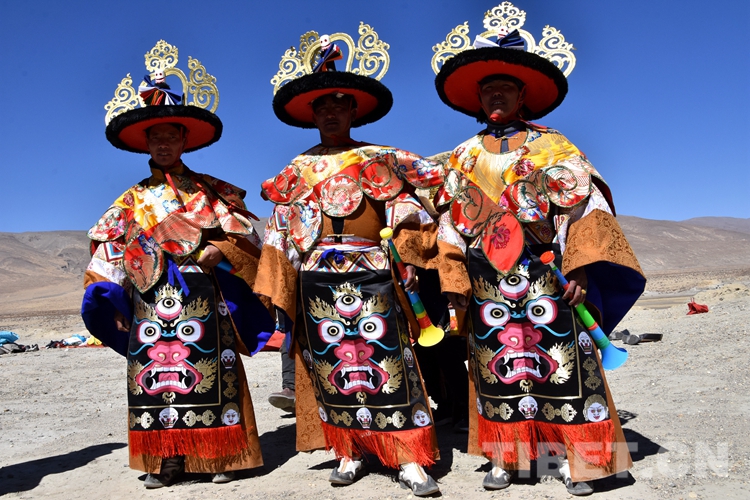