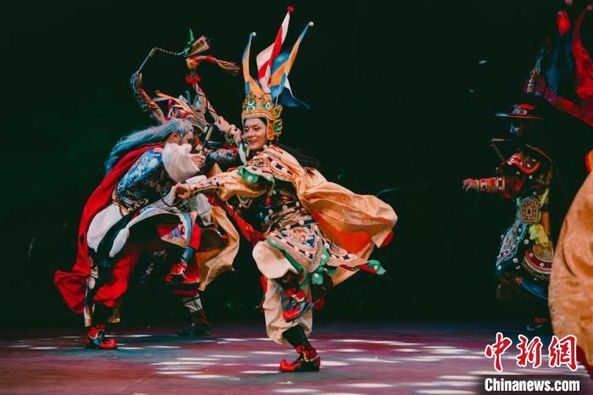 Tibetan opera "Racing Horse to be a King" is performed by Yel Bumen Tibetan Opera Troupe from Garze Prefecture, Sichuan Province at Tianqiao Performing Art Center in Beijing, Capital City of China on Jan 18. The script is excerpted and adapted from "King Gesar," an epic poem that UNESCO added to its list of masterpieces of the Oral and Intangible Heritage of Humanity in 2009.