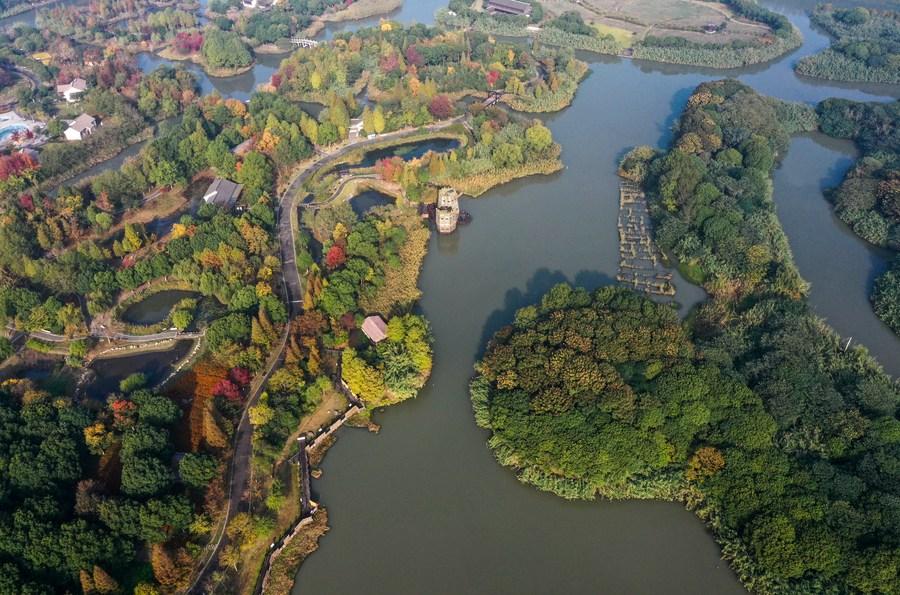 BEIJING, Dec. 29 (Xinhua) -- China has selected 49 candidate areas for building national parks, in order to better protect wildlife species and their habitats. This is according to a spatial layout plan for the country's national park system made public on Thursday.

The 49 candidate sites, including the five parks which have already been developed into national parks, cover an area of around 1.1 million square kilometers. These sites were selected based on their ecological importance, unique natural landscapes and rich biodiversity, said the plan jointly issued by the National Forestry and Grassland Administration, the Ministry of Finance, the Ministry of Natural Resources and the Ministry of Ecology and Environment.

The candidate sites include 44 land areas, three sea areas, and two land-sea areas, according to the plan.

China will have the largest national park system in the world, in terms of protected areas, if all 49 candidate parks are constructed, according to the plan.

These parks will feature various ecosystems spanning from forests and grasslands to wetlands and deserts, involving over 700 existing nature reserves as well as 10 world natural heritage sites.

More than 5,000 wild vertebrate species and 29,000 types of higher plants inhabit these parks, which are expected to incorporate over 80 percent of China's strictly protected fauna and flora, along with their habitats, according to the plan.

The parks will also bring many ecological corridors under protection, including key areas that wild birds, whales, dolphins and other animals migrate through, the plan added.