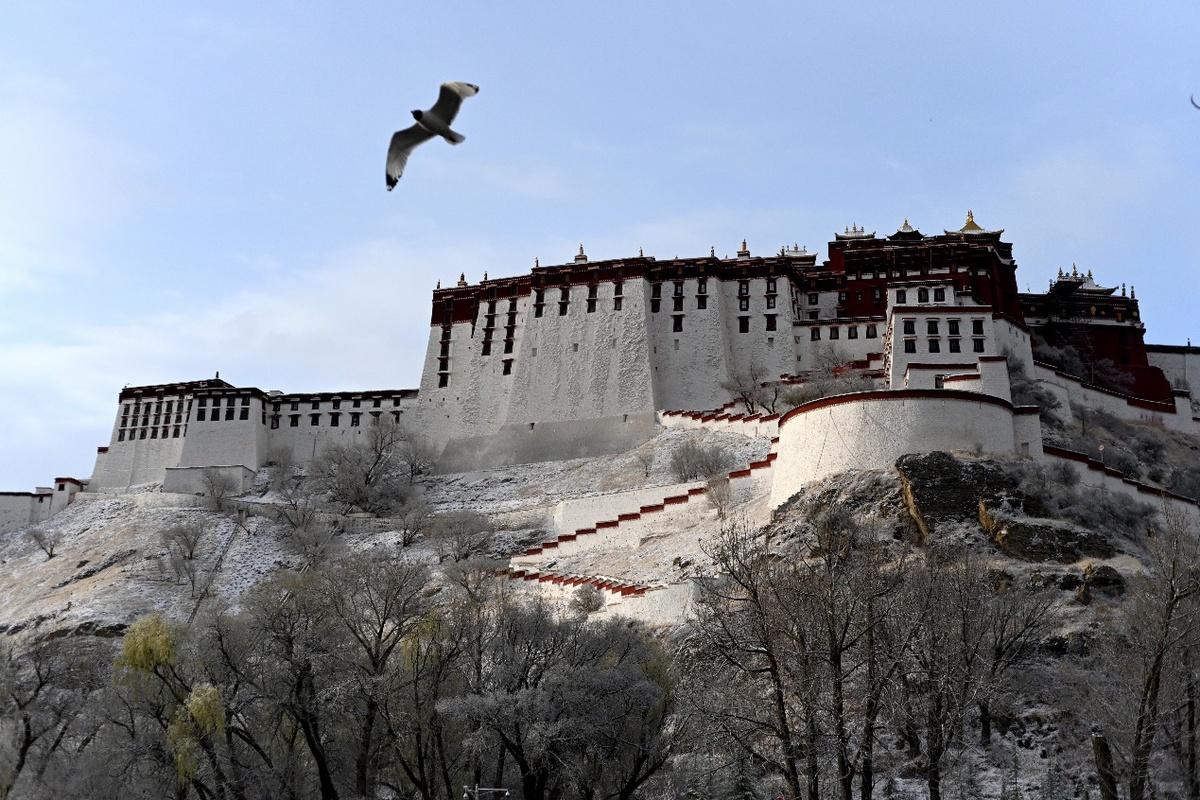 The Potala Palace stands in the center of Lhasa. [Photo by Phenthok/For chinadaily.com.cn]

LHASA -- The iconic Potala Palace in Southwest China's Tibet autonomous region will reopen to the public on Tuesday after being closed for more than four months due to the COVID-19 epidemic.

Visitors to the Potala Palace in Lhasa, capital of Tibet, will enter free of charge until March 15, with online reservations required one day in advance, according to an announcement issued Sunday by the administration of the palace.

The Potala Palace is a model of ancient architecture and home to over 100,000 cultural relics.

It was built by Tibetan King Songtsa Gambo in the seventh century and expanded in the 17th century by the fifth Dalai Lama. The palace was included on the UNESCO World Heritage List in 1994.