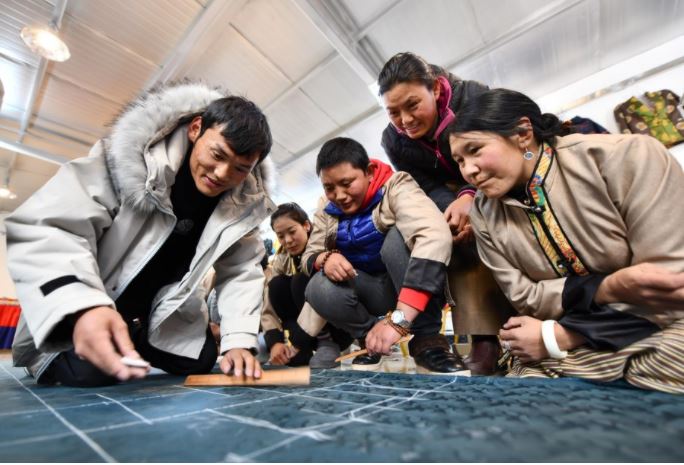 BEIJING -- Zeng Xuecheng is well on the way to emerging as an up-and-coming technician in China's booming advanced manufacturing sector.

Back in August 2019, Xi, also general secretary of the Communist Party of China Central Committee and chairman of the Central Military Commission, visited the Bailie School in Shandan county in Northwest China's Gansu province. Its history dates back to a school founded in 1942 by Rewi Alley, a social reformer and educator from New Zealand.

Xi was very pleased to learn that most of the students in the vocational school came from the local rural areas and that they could master certain skills through study and training, which paved the way for employment.

Vocational education has a broad and promising prospect, Xi stressed during the tour, citing the Chinese adage -- "One may distinguish himself in any trade" -- to encourage Zeng, a student of the school at that time, and his peers to hone their skills and contribute to national development.

China's economy needs the support of the real economy, which requires a large number of technical personnel and craftsmen, Xi said.

During multiple inspection tours, Xi had gone to schools and institutions of higher learning and talked with students.

Speaking in Yibin University during his inspection in Southwest China's Sichuan province last week, Xi told the students to remain practical when choosing their future jobs and careers, and realize personal development through diligent work.

In a face-to-face conversation during Xi's inspection tour to the Bailie School, Zeng was present. "His words strengthened my determination to hone a skill and serve the country," Zeng recalled.

In 2020, Zeng passed the national college entrance examination and was admitted to Lanzhou Modern Vocational College, majoring in the application of numerical control technology.

"I am prepared to work in a factory and give full play to my skills after graduation," Zeng said. "I am full of hope for my future."