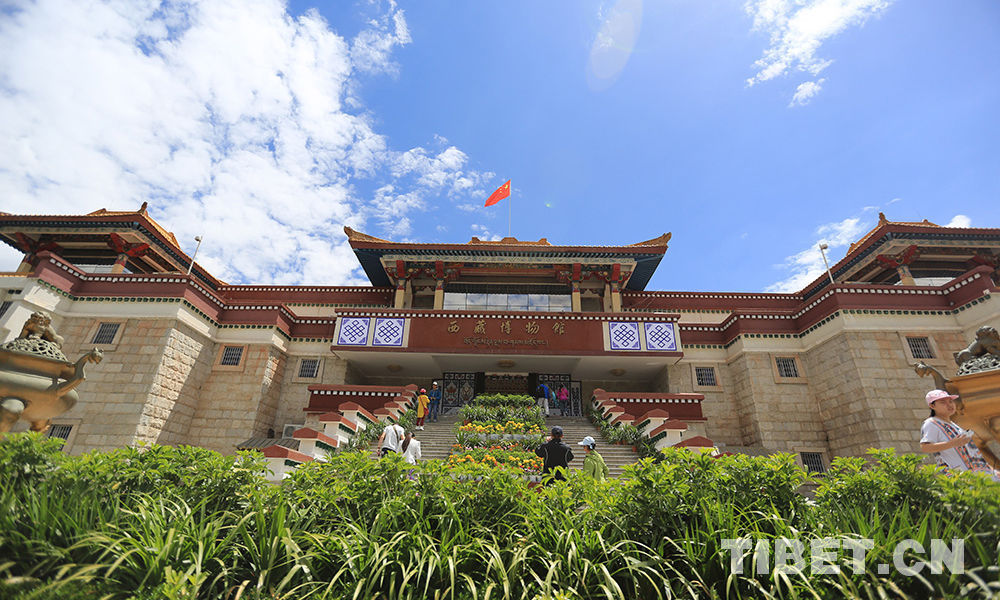 The Tibet Museum in Lhasa will undergo a massive renovation that will more than double its current size.

The project, set to begin in April, will take three to five years, expanding the 28,000-square-meter building to 60,000 square meters. The project's cost has not been disclosed.

The museum has been closed since Thursday to prepare for renovation.

The highlight of the project will be a main exhibition hall in traditional Tibetan style.

The new museum will have a relics preservation center for the study and protection of Tibet art treasures including thangka, Tibetan Buddhist paintings on cotton or silk applique.

Solar energy will be used in the new museum, taking advantage of the city's abundant sunlight, according to the museum administration.

An auditorium, a restaurant, a bookstore and a 4-D theater－in which a 3-D film is enhanced by synchronized physical effects in the theater－will also be built.

The museum, which opened in 1999, is the first and largest in Tibet, attracting 400,000 visitors each year. But the increasing number of visitors has put the museum's capacity to the test.

Tang added that the aging facilities in the museum, such as security and firefighting systems, put exhibits at risk.

The museum's collections include a pottery cup made 4,000 to 5,300 years ago, a century-old Buddhism sutra written on birch bark－the only one of its kind in the world－as well as edicts on gold foil that were issued by emperors in the Qing Dynasty (1644-1911).

During the renovation, the museum will organize four exhibition tours outside Tibet.

The first one, a display of 156 cultural relics co-hosted by the Potala Palace, Norbulingka Summer Palace and the city of Nyingchi, will be launched by the end of this year in Shenzhen, Guangdong province. The places and dates of the other tours have not been decided.

During the 13th Five-Year Plan period (2016-20), China will invest no less than 2 billion yuan ($290 million) on relics preservation in Tibet, according to Xinhua News Agency.