On the evening of June 13, the stage play Party's Glorious shines on Border Area with the theme of "a letter" was performed for the first time in Lhoka City, Tibet Autonomous Region. It is reported that the dance drama is the first of tis kind created by Lhoka City. The drama uses letters as a clue, and the perspective of the messengers to tell stories happened in decades. The drama begins with Baima (with real prototype), who has sent letters to Yumai from his youth, and has chapters like a letter from Sangye Qoiba to the People's Liberation Army for help, caring letters from all parts of the country to Yumai, the letter from Drolkar and Yangdzom to President Xi Jinping and President Xi Jinping’s letter in reply to the two sisters. The drama tells the patriotic stories of Sangye Qoiba’s family in more than half a century, guarding the sacred land of the country and building their homeland. 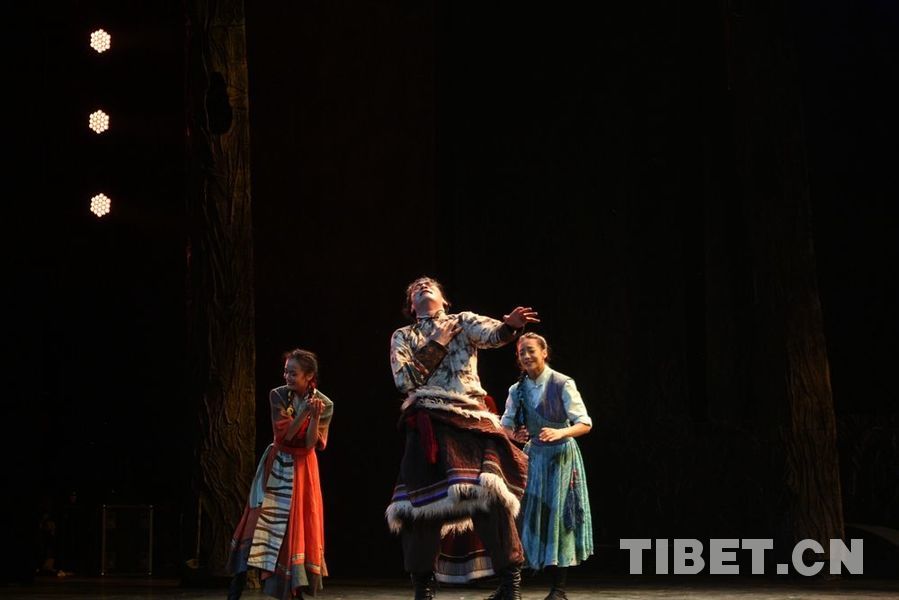 Picture shows the scene of the drama