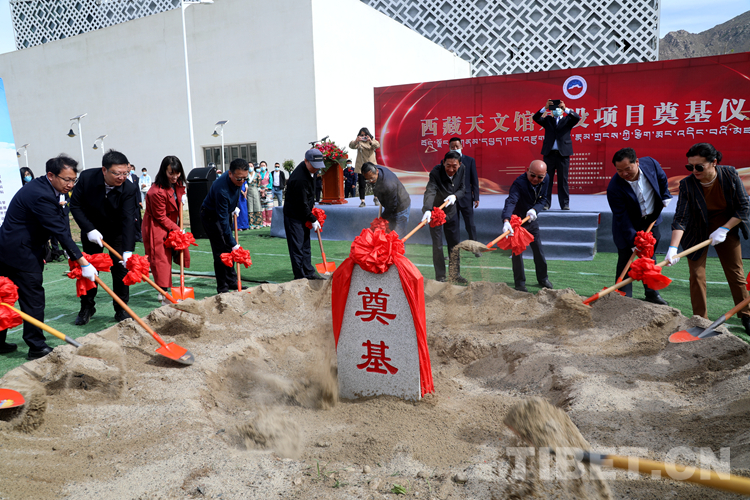 The picture shows the foundation ceremony

After its completion, the Tibet Astronomy Museum will carry out exhibitions, trainings, experiments, film and television plays, reports and lectures, etc. to carry out astronomical science popularization activities that are easy to participate in and acceptable by the public, especially the youths. It will also help promote the spirit of science, create a scientific atmosphere, improve the scientific and cultural quality of the public, enhance the ability of citizens to acquire and use scientific knowledge, and form a healthy and civilized scientific environment. According to the Tibet Natural Science Museum's operation data over the years, the reception volume of the Tibet Astronomy Museum is expected to reach more than 100,000 after its opening.