Protection efforts focus on monastery's frescoes that date back almost a millennia.

Dark clouds were gathering in the sky as the sun began to set over the western mountains, and a sprinkling of raindrops cut through the last dying rays of light.

Losal Tankyong put down his scripture and climbed up onto the roof of Drathang Monastery as the rain became more intense and mixed with a strong wind.

Two other members of staff at the 935-year-old monastery's administration committee crawled up there with the 37-year-old, to carefully check for any cracks or leaks in the building's earthen roof.

They found none, so proceeded to check the walls and interiors - all were weather tight.

It was autumn, the leaves in the trees alongside the Yarlong Tsangpo River had already turned yellow and the harvest was complete in the barley fields nearby.

This year had been particularly wet, but Losal Tankyong said the monastery's roof - made using a compact earth flooring technique known as arka - had withstood the test.

"The arka on the roof was renovated last year, the roof gradient was slightly adjusted, and the broken arka inside was also renovated," he said.

"The government has invested more than 7 million yuan ($1 million) in the monastery's renovation and the quality of the arka floors will be evaluated by checking whether they leak this year."

The Drathang Monastery is located in the Tibet autonomous region's Zhanang county. Construction on it began in 1081.

Among the many valuable relics stored inside are a series of frescoes - some dating to the time when it was built, while others date from later periods.

In 1996, the monastery was given national-level protection as a cultural relic, largely because of its collection of frescoes.

Besides the Buddha Bodhisattvas, the paintings also feature high-ranking officials, nobility and ordinary practitioners of Buddhism.

There are Hui, Mongolian and Arab faces present, painted in a style that merges Han, Tibetan and Indian techniques.

"Their costume, decorations and roles have much value in reference to the society and history of the time," Losal Tankyong said.

The figure of the Buddha Sakyamuni was painted with an Indian face, Tibetan shoes and a Han dharma robe, while two lions under the lotus throne of the Buddha have blue fur, a green mane and red paws.

"This is completely different from the lion of white body, green mane, and holding up the throne that is seen in most traditional Tibetan paintings," Losal Tankyong said.

To better preserve the rare frescoes, the monastery has invited experts from Tibet's cultural relic bureaus as well as professional photographers from Beijing to document the artworks.

A museum has also been established to display pictures of the frescos to pilgrims and tourists.

"The preservation of the frescoes in the Drathang Monastery is a key part of our work, and the protection plans were drawn up and supported by the Chinese Academy of Cultural Heritage," said Champa Tsering, the deputy head of the Shannan Culture and Relics Bureau.

"The Chinese Academy of Cultural Heritage has sent its professional staff to Tibet to help with the preservation work."

More than 300 million yuan ($43.92 million) has been applied for to help with the preservation work, to be spent in areas such as architectural maintenance, fresco restoration and raising fire and safety standards.

Gao Feng, a researcher with the Chinese Academy of Cultural Heritage who has worked in Tibet for three years on projects at the Potala Palace, Jokhang Temple and Norbulingka Park in Lhasa, is in charge of the preservation work at the monastery.

"In 2010, a plan for fresco protection at the Drathang Monastery was approved by the State Cultural Relics Bureau, but the project could not be implemented because of financial difficulties," Gao said.

"Then in 2014, another protection plan formulated by our academy was approved by the State Cultural Relics Bureau, and more than 12 million yuan was spent on protecting the frescoes in 2015."

Gao said the protection work at the Drathang Monastery would also include preserving digital data, setting up an information system to catalog the frescoes and protecting and repairing the structure of the buildings, among other things.

It is planned to start next year and be complete by the end of 2018, according to the monastery.

Losal Tankyong hopes a drainage system will also be part of the renovations.

"We appreciate that the State is investing heavily in the protection of the frescoes and the residents around the monastery are also pleased with this support," he said.

"But feeling grateful is not enough - I will try my best to help as it would be best if we do not waste any of the country's money." 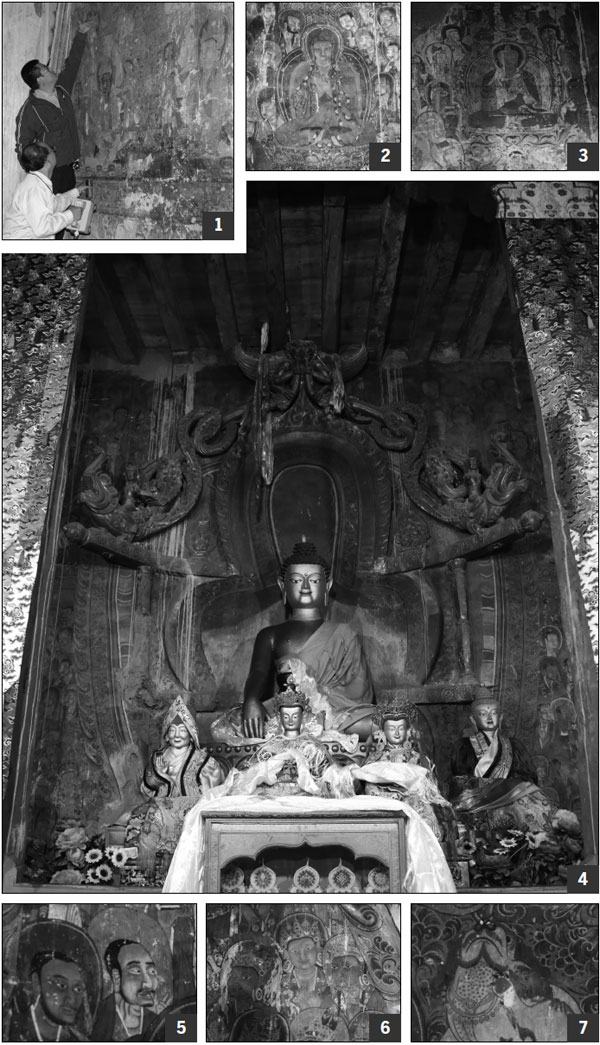 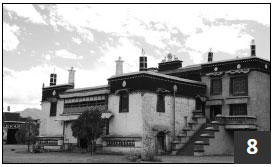