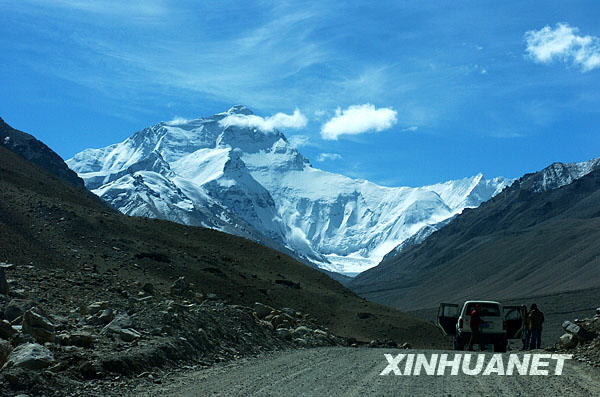 Tibet's Shigatse plans to initiate a culture and tourism creative park so as to accelerate the upgrade of Shigatse's economic development model with its tourism resources.

The creative park occupies an area of 12,117 mu ( 807.8 hectares) with two building phases including Mt. Qomolangma museum, ecological farm, Mt. Qomolangma experience hall and self-driving base with starry sky. Paralleling to No.318 State Highway, the main landscape zone in belt-shaped park extends from southwest to northeast, connecting all scenic spots. This park will start construction next year.

With the idea of "sponge city", Mt. Qomolangma culture and tourism creative park will build underground comprehensive pipe gallery. Besides, drainage and sewage networks will be separated. As a result, the drainage system in the park will work more efficiently. The philosophy of "sponge city" aims at storing rainwater, especially during heavy rainfall, to prevent floods and release it during dry times. Shigatse boasts heavy rainfall during the summer. This method effectively solves the rainfall water logging and makes the optimum use of rainfall water.

At the first phase, an exotic town involving buildings with Zham characteristics, shopping mall and an exotic street will be constructed. The second phase of this park will build Mt. Qomolangma museum, ecological farm, Mt. Qomolangma experience hall, self-driving base with starry sky and oxygen pub.

There are 26 functional zones in total. A central square, taking up an area of 100,000 square meters, will be built between the Phase Ⅰand Phase II. With a large colorful fountain on the west, this central square looks quite modern.

Tsang folk culture village will be built along No. 318 State Highway, near to the colorful music fountain. In the village, there are many handcrafts workshop and restaurants of folk snack. In addition, visitors could enjoy Chinese food, western food, ethnic food and other delicious meals in five-star hotel with fitness center, swimming pool and book store.