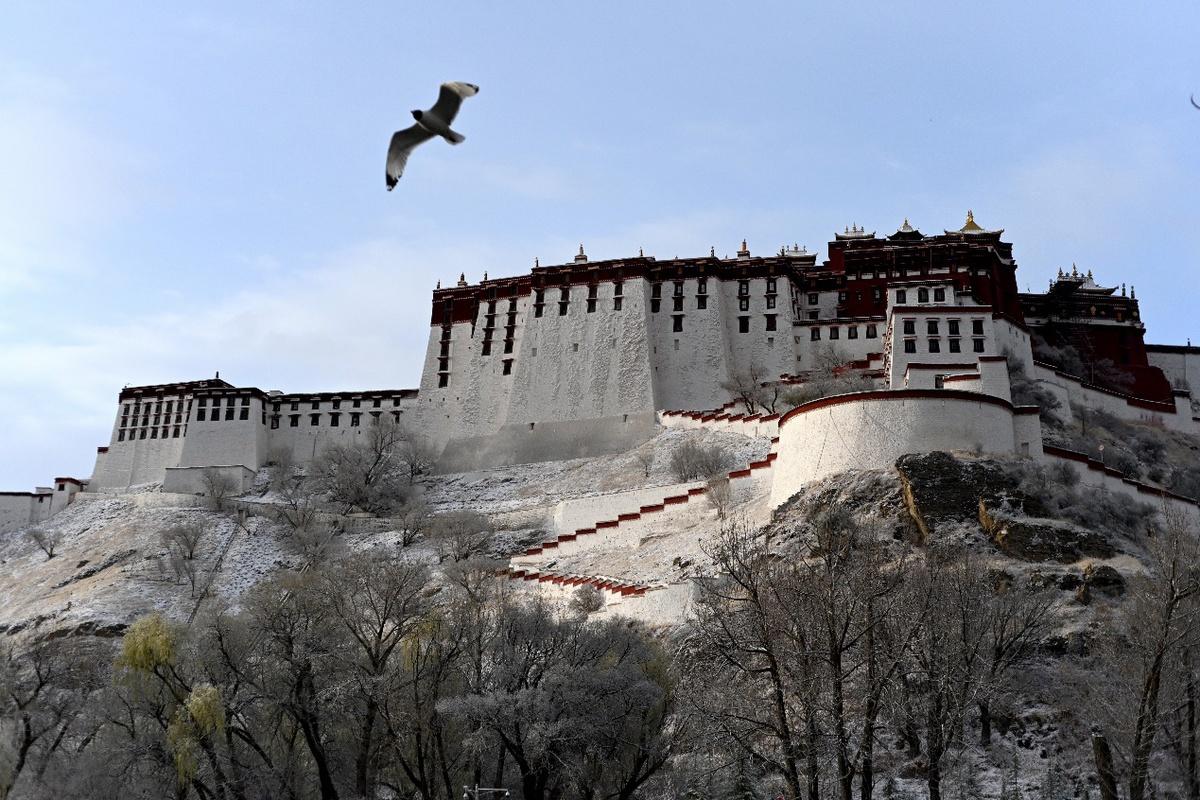 The Potala Palace stands in the center of Lhasa. [Photo by Phenthok/For chinadaily.com.cn]

The Tibet autonomous region will launch a new round of its Winter Tour Campaign on Jan 1 to attract more tourists to the region in the winter time, according to a statement released by the regional department of tourism development recently. The campaign will run until March 13.

The department said the winter tour will offer bonuses for certain businesses supporting tourism in Tibet. Tickets to visit the Potala Palace in Lhasa and other scenic sites in the region will be free. Visitors will only need to show their IDs for entry during the period.

Some designated hotels and tourism transport companies will implement the off-season winter price model. Hostels and airline companies meeting requirements will benefit from bonuses and subsidies offered by the government.

Tibet is a major tourist destination for tourists from around the world, but it has seen fewer visitors during winter months, with tourism-related businesses remaining closed for months in the past.

This has changed in the last few years. After Tibet launched its first Winter Tour Campaign in February 2018, it has been offering differential pricing on tourism products, including free entry to several scenic spots, hefty discounts on hotels, flights and transportation in winter.

During the same period, tourists spent 315 million yuan ($45 million), a 46 percent jump over the previous year.

Wang Songping, head of the regional tourism development department, said the upcoming tourism campaign will promote demand and help the region to revitalize its tourism industry.

"We expect that more tourism-related operations in the region will see more business opportunities with the campaign," Wang said.

By Daqiong and Palden Nyima