A seminar on “Tibetan Culture and Tibetan Buddhism” was held in the University of Vienna in Austria on June 19 by a Chinese cultural exchange delegation, discussing with hundreds of Austrians from all walks of life on the history, social, cultural and economic development of China’s Tibet.

Hao Shiyuan, researcher at the Chinese Academy of Social Sciences, made a comprehensive introduction of the drastic changes and unprecedented achievements of Tibet in all area since the democratic reform in 1959 by showing detailed information such as data and pictures. He also answered questions from the audience. 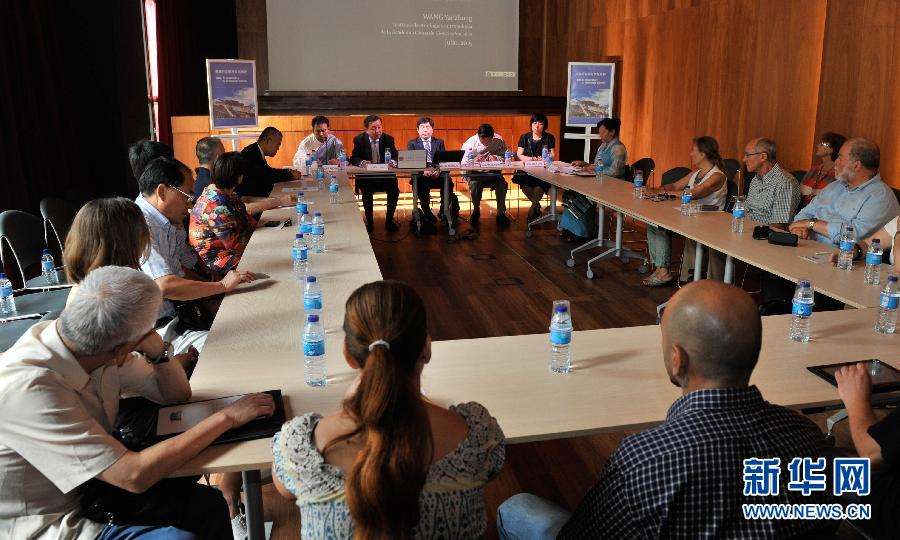 Dr. Rudolf Schneider of the University of Vienna said that he learned from the lecture that today’s Tibet had Tibetan radio stations, Tibetan newspapers, and even Tibetan mobile phone software. “These are things I do not know before”.

Li Xiade, Dean of the Confucius Institute at the University of Vienna said that organizing this lecture has  given the people of Vienna an opportunity to have a face-to-face exchange with experts and scholars from China, and to gain a clear understanding of the changes and achievements in China, including Tibet.

Li Xiade has been to Tibet twice. In 1982, he led an Austrian tour group to Lhasa in Tibet for the first time; in 2014, he went to Tibet again on invitation from the Tibet Development Forum, this time to Nyingchi. During his visits, he witnessed the infrastructure improvements, economic development and environmental and cultural protection occurring in Tibet in these years.

Hao Shiyuan said that it is better to see once than to hear it a hundred times; he hoped that friends from all over the world would have the opportunity to come to Tibet to witness the huge changes and encouraging achievements.