French anthropologist and Tibetologist Katia Buffetrille was invited recently by the Minzu University of China to hold  a seminar on religious pilgrimage in Tibetan Buddhism for five days, and exchanged views with teachers and students on the campus. 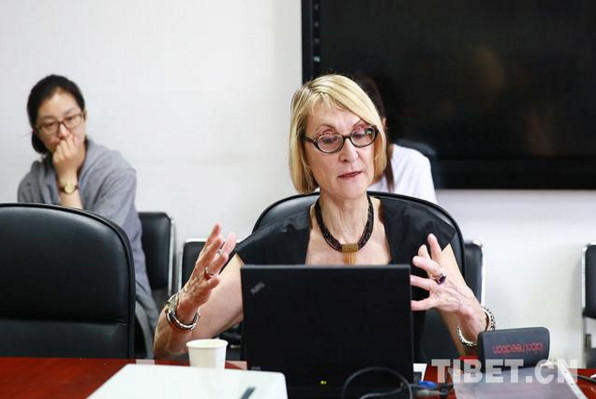 Ms. Buffetrille is a senior researcher at the École pratique des hautes etudes, Paris and member of the International Association of Tibetan Studies (IATS). Over the years, she has carried out many anthropological studies on the subject of Buddhist pilgrimage. Her research result includes Pilgrims, Lamas, and Saints, Holy Mountains of Tibet, and Pilgrim Tours of Tibet.

At the seminar, Ms. Buffetrille spoke on a series of topics including "Anthropology of Pilgrimages", "Tibetan Pilgrimages and Pilgrims", "Holy Mountain Pilgrimages: From Mountain Deities to Holy Mountains", "Pilgrimage Literature", and "Current Buddhist Caves in Eastern Nepal", incorporating specific cases from her own years of field research into her talks. In her third lecture titled "Holy Mountain Pilgrimages", Ms. Buffetrille used examples of several typical Tibetan holy mountains to introduce the process of how beliefs developed from nature worship into religious worship and how secular practices became religious beliefs.

On the last day of lectures, Ms. Buffetrille shared her own research experiences by taking the example of the Halasl-Maratlka Buddhist caves in eastern Nepal. The teachers and students attending the lecture listened carefully and took notes. Later, they shared their own viewpoints and asked questions, which made for a warm and interactive atmosphere. 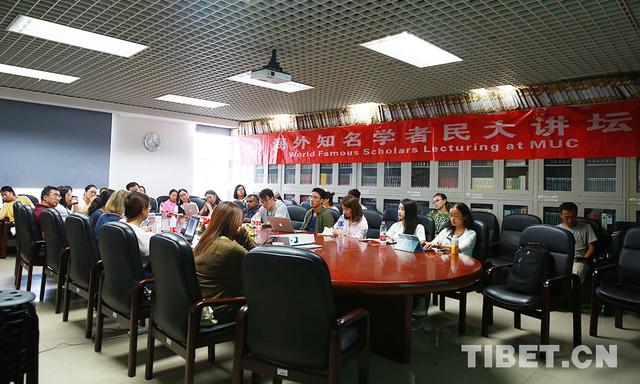 Professor Su Faxiang, a Chinese Tibetologist and host of the seminar, commented that Ms. Buffetrille's systematic, rigorous and clear research on pilgrimage started from an anthropological approach, combined with her solid field research, showed the large network of Tibetan Buddhist pilgrimages and provided much from which others can learn and use as references. The ecology of the Qinghai-Tibet Plateau has been well preserved, and traditional pilgrimage culture has played a particularly great role in this.