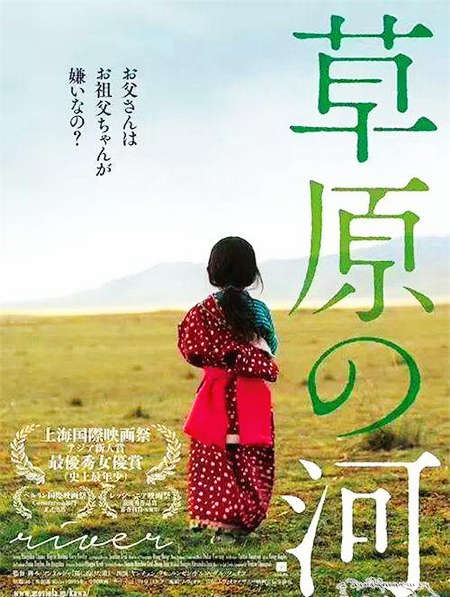 Poster for the film River. [Photo/tibetcul.com]

Tibetan film Cao Yuan de He, or River, premiered in Tokyo, Japan on April 29. This is the first Tibetan language movie to be publicly released abroad.

Directed by Sonthar Gyal from Qinghai province, the film focuses on the relationships between members of a small Tibetan family. The movie is told from the perspective of a little girl Yangchen Lhamo. She keeps on asking her parents questions and misunderstanding their answers. Losing her parent's love because of a newborn baby is the girl's deepest fear.

Gyal wanted to let the world know the real life of Tibetan people through films.

"Different people have different ways to express their emotions and feelings. Since film is a common language, I can use it to present a real Tibetan life. The outside world has given Tibetan people too many tags that are not totally true," Gyal said.

The film will be shown in 11 cities in Japan until June 9, including Osaka, Nagoya and Kobe.