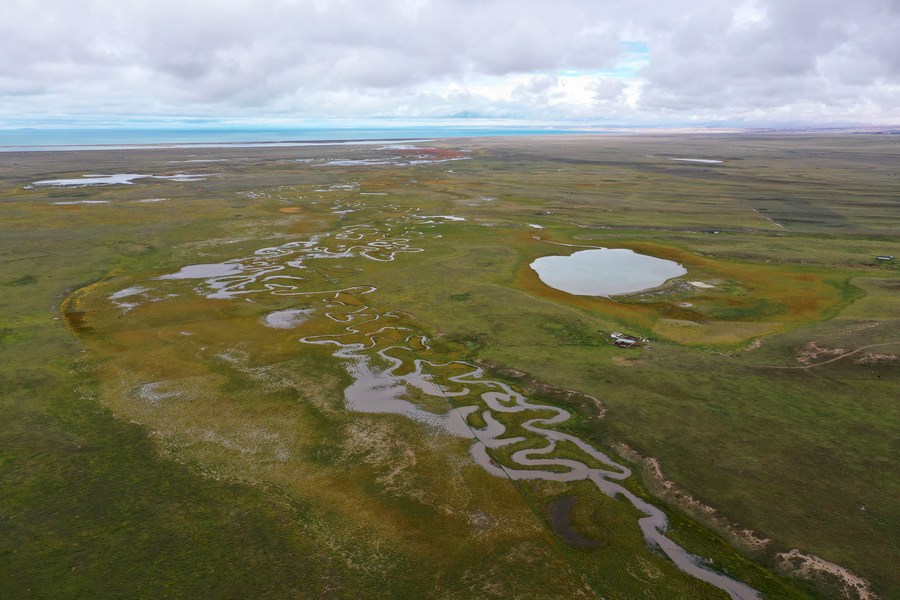 LANZHOU, Feb. 5 (Xinhua) -- Chinese researchers have discovered geographical isolation, natural selection, and hybridization could have together promoted the species diversification of numerous plant genera on the Qinghai-Tibet Plateau.

The Qinghai-Tibet Plateau is characterized by a high number of endemic plant species. The statistics showed that there are more than 20 percent of the 12,000 species of vascular plants on the Plateau, which are found nowhere else in the world.

The Plateau is regarded as an evolutionary cradle that may arise from explosive species diversification because of geographic isolation, according to a research article published in the New Phytologist.

Meanwhile, gene flow has been widely detected during the speciation processes of all examined groups, suggesting that natural selection may have also played an important role during species divergence in this region.

In addition to geographic isolation, natural hybrids have been recovered in almost all species-rich genera. This suggests that numerous species in this region are still on the speciation pathway to complete reproductive isolation. Such hybrids could directly develop into new species through hybrid polyploidization, according to researchers from Lanzhou University.

Liu Jianquan, a researcher from the university, suggested that natural selection and hybridization could have together promoted species diversification of numerous plant genera on the Qinghai-Tibet Plateau.

Hailed as the "roof of the world," the "third pole" and the "water tower of Asia," the Plateau is a natural habitat for rare animals and a gene pool of plateau life. It is a key eco-safety barrier in China and Asia, and a focus of the country's drive to promote ecological progress.  ■