LANZHOU, Aug. 19 (Xinhua) -- From Shanghai, a booming coastal metropolis, to Maqu, a remote county on the eastern edge of Qinghai-Tibet Plateau, Wang Wanqing, a medical graduate, has made a legendary stride through his unremitting devotion of more than four decades to the cause of healthcare on the plateau.

Dressed in an indigo cotton-padded overcoat, Wang, 77, was reading medical literature in a shabby cottage built in the 1990s.

"My time is running out. But I still can do some sorting and collections for the reference of other doctors," he said.

When Wang first came to the county in 1969, little did he know that he would stay there for more than 50 years, let alone winning national recognition for his service to the grassroots people.

Back then, many of China's rural areas had inadequate medical services and supplies. To alter the situation, the Chinese government attached great importance to medical undertakings in rural areas, and encouraged medical personnel to work in remote rural areas.

Wang, who was born in Shanghai and spent the first two decades of his life in the city, was among the first batch of medical graduates from prestigious universities who volunteered to work in rural China. "I would go wherever my country needs me," he said. 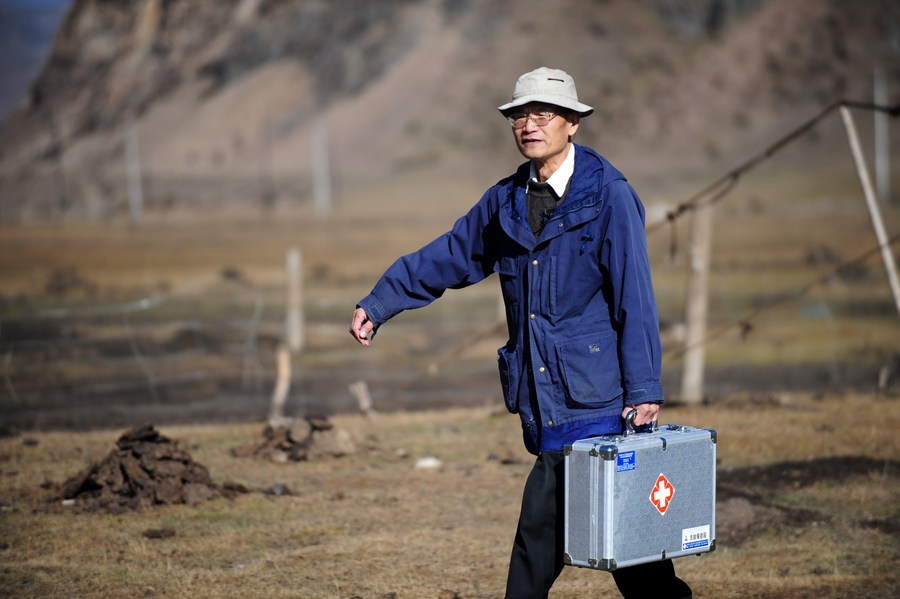 After days of bumpy rides on train, coach and even carriage, Wang reached Awancang Township in Maqu County, northwest China's Gansu Province. At that time, most of the residents were herders, living sparsely in the 1,500-square-km township.

When Wang stepped into the health center, the only medical establishment in the township, he was astonished to see the poor working conditions. Two adobe rooms -- one for receiving patients and another a dormitory -- a blood pressure gauge, and an echometer were all that the health center had.

The first night at Awancang was tough for Wang. Being at an average altitude of about 3,700 meters, and the strong wind howling outside the dormitory affected his health. He suffered from altitude sickness and could not fall asleep. He fetched out a flute he brought from Shanghai from inside his luggage, and started to play.

Being a doctor in the countryside was nothing easy. "I had to handle all kinds of diseases. What I had learned at the university was far from enough," he said.

Wang asked his parents to mail a set of medical encyclopedias from Shanghai and tried to crack them whenever he had time.

One day, a 10-year-old Tibetan boy named Nam was brought to the health center with his belly punctured by an ox. Wang sensed that it was a difficult and risky operation. He stayed calm and decided to try his best to save the boy.

With two desks as an operating table, and a flashlight and a lamp bulb as an astral lamp, Wang performed the operation in that shabby adobe room of the health center. After two grueling hours, Wang finished the operation; he was soaked with sweat.

The news of how a doctor from Shanghai had saved Nam spread across the township, and Wang won trust and respect from local herders.

When working at the health center, Wang used to go on rounds every year and administer vaccines to herders living afar, traveling on horseback for almost six months.

During one of his home visits, it snowed for nearly 15 days and Wang had to take shelter with a family of herders in their tent. The freezing climate and loneliness evoked nostalgia in Wang. He draped a quilt and could not help shedding tears.

An old Tibetan woman waked him up. She walked through the ice and snow, and brought Wang a bowl of rice porridge.

"Rice was very rare and expensive for herders back then," Wang recalled.

Every time he would think about returning to Shanghai, that bowl of warm porridge would remind him of the villagers' kindness.

"It reminds me that the local herders treat me as their closest people, and I also cherish the friendship," he said.

In 1971, Wang married a local Tibetan girl, who was also working tirelessly toward the cause of healthcare in Awancang. 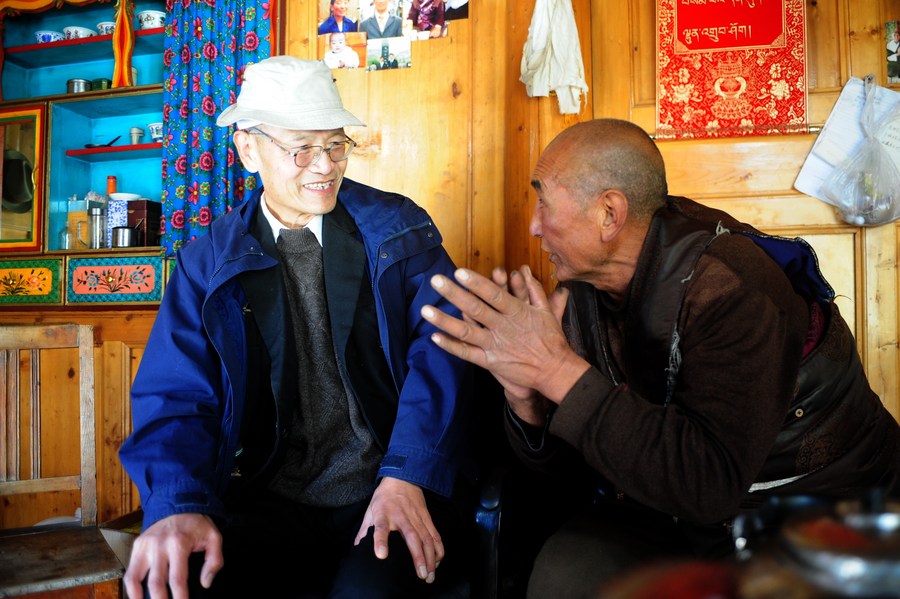 To 49-year-old Wang Tuansheng, Wang Wanqing's eldest son, his father is quite complex. "Sometimes, I feel very close to him. He taught me everything, and I was influenced by his personality. But other times, I feel distanced from him, since he used to be busy with his work and did not spend much time with us," said Wang Tuansheng.

When he was young, Wang Tuansheng showed a strong interest in medical stuff. "I used to spend almost every vacation at the health center. I would accompany my father when he paid home visits, and help him with various chores in the center," he said.

When he graduated from a medical university in Lanzhou, capital of Gansu Province, Wang Tuansheng was faced with the same choice as his father: being a promising doctor in a big city, or going back to his hometown Maqu.

Though his father persuaded him to stay in the big city, Wang Tuansheng decided to walk in his father's footsteps. After serving in his hometown for 20 years, he is now the director of Maqu County Hospital.

"My father's decision not only influenced me but encouraged many young people to dedicate themselves to the cause of healthcare in rural and backward areas," Wang Tuansheng said.

Wang Wanqing sometimes misses his hometown Shanghai. Seeing the Yellow River, China's second-longest river, flowing through the quiet county, he fondly reminisces the sound of waves and steam whistles in his hometown.

"If I had a second life, I would make the same decision without any hesitation," said Wang Wanqing.