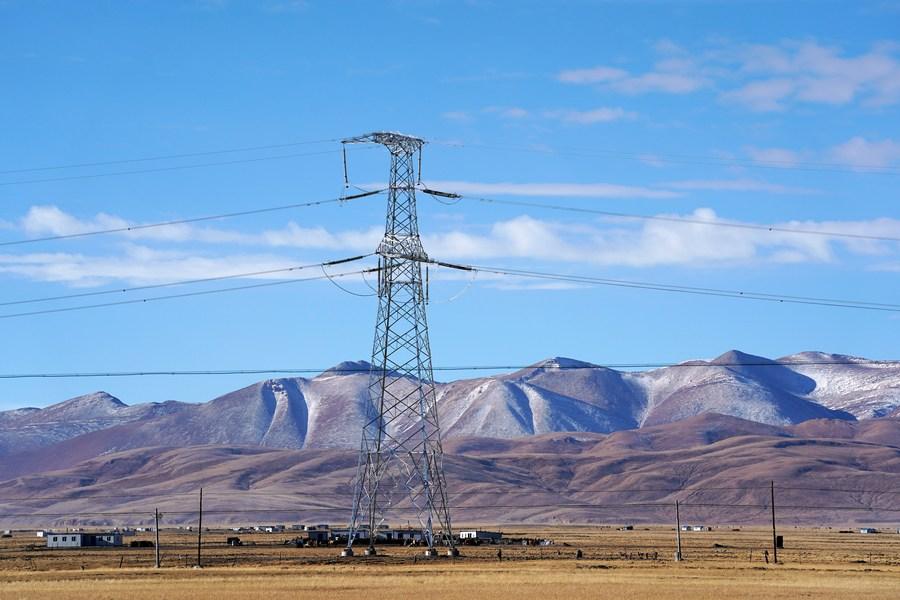 LHASA, Dec. 9 (Xinhua) -- With the successful electrification of a 110-kV booster station in Tibet's Ngari Prefecture, the local "zero-carbon" solar photovoltaic energy storage project has been readied to further enhance the supply capacity of clean energy in the autonomous region.

Upon completion, the project is expected to provide an average of 357.95 million kWh of clean electricity to the power grid each year and reduce annual carbon dioxide emissions by about 254,000 tonnes.

The project, developed by the China General Nuclear Power Corporation and located south of Shiquanhe Town, is expected to guarantee 1.5 million square meters of clean heating.