A flock of black-necked cranes recently traveled more than 1,100 kilometers from their breeding grounds at Qinghai Lake in Qinghai province to Nyingchi in the Tibet autonomous region, according to an observation team from Peking University, Tibet Daily reported.

As a first-class national protected species in China, the black-necked crane is the only crane kind inhabiting and breeding on a plateau region.

They usually show up in places such as open farmland, grassland, valleys and wetlands at altitudes higher than 3,000 meters above sea level. Nyingchi is one of the main habitats for black-necked cranes.

The black-necked crane is a flagship species of the Qinghai-Tibet Plateau, and it is also known as a natural indicator of the health status of wetlands. 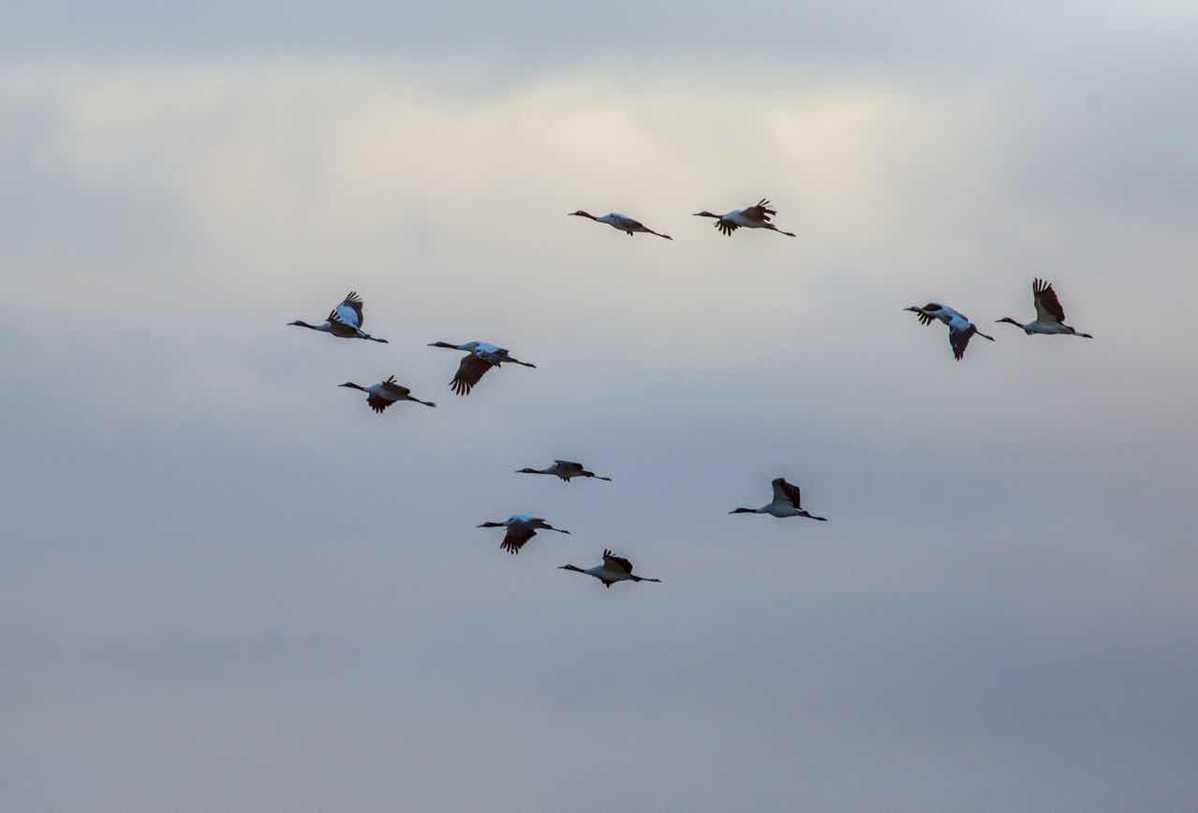 A photo shows a flock of black-necked cranes flying in Nyingchi, Tibet autonomous region. [Photo by Luan Yuanchun/Provided to chinadaily.com.cn]

According to the forestry and grassland bureau of Nyingchi, the habitat is the target of heavy ecological protection efforts. Habitat for of black-necked cranes has been improving, as has the protection quality of rare species.

With a speed of 100 km per hour, the whole migration journey takes one or two weeks.

By Daqiong and Palden Nyima in Lhasa