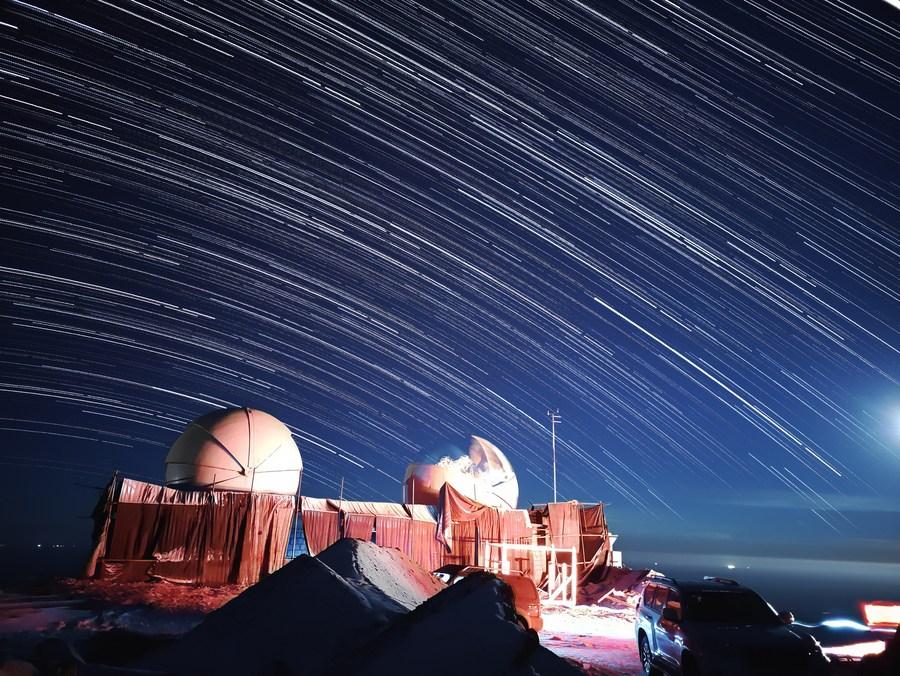 The regulation will take effect from Jan. 1, 2023. The observation site in the town of Lenghu on the north side of the Qinghai-Tibetan Plateau will have two designated dark preservation areas, a dark core zone and a buffer zone, to ensure its optical observation environment at night.

In the core area with a radius of 50 km, the type and brightness of light resources will be under strict control. The illumination direction of all outdoor fixed lighting will have to be 30 degrees lower than the horizontal line. Planning and building projects and carrying out activities that will affect astronomical observation are prohibited in the core zone.

In the buffer zone, the direction of all fixed outdoor lighting will have to be below the horizontal line. The regulation also lays out restrictions on geological exploration, sightseeing and other activities in the area.

"The astronomical observation conditions in China's important astronomical town need to be planned and protected from the legal perspective. I'm glad to see that Lenghu is making progress soundly," said Liu Boyang, an astrophysicist who has been to Lenghu several times.

As the highest plateau on Earth, the Qinghai-Tibetan Plateau provides outstanding opportunities for astronomy and particle astrophysics. 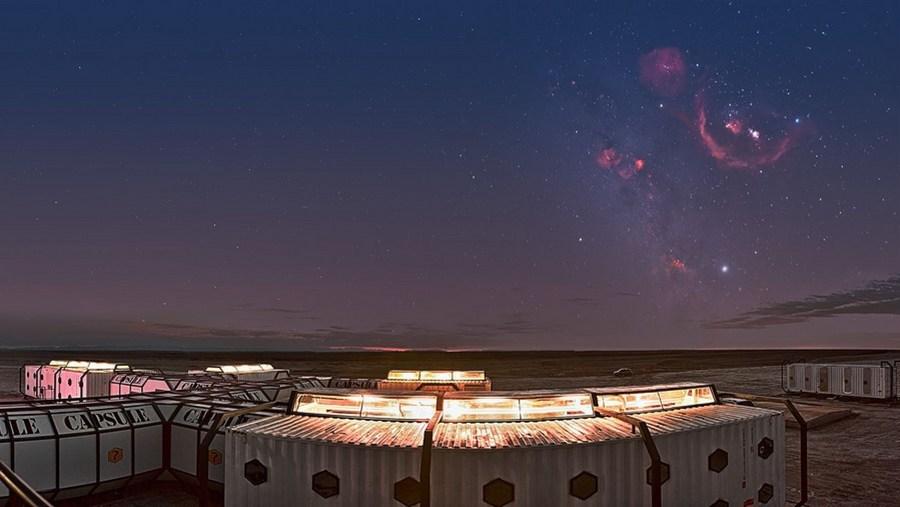 Photo shows a "Mars Campsite" in Lenghu Town in northwest China's Qinghai Province. Chinese scientists are building the Wide Field Survey Telescope in the town, which is known for its Mars-like landscape and climate. (Photo provided to Xinhua)

In 2021, Chinese astronomers reported in the journal Nature their three-year monitoring of a local summit on Saishiteng Mountain in Lenghu. They said the area is an ideal location to build an astronomical observatory due to its advantages of clear night skies, stable atmospheric conditions, and a dry climate.

So far, nine optical astronomical telescope projects have been settled in Lenghu, with an investment of nearly 2 billion yuan (about 310 million U.S. dollars).

The Large Sky Area Multi-Object Fiber Spectroscopic Telescope (LAMOST), a leading optical telescope project in China, will also move from the northern province of Hebei to Lenghu for better performance.

The idea of preserving the night sky also goes beyond astronomical observation. In recent years, more people have realized light pollution has deprived most city dwellers of the chance to see the constellations and the Milky Way, affects the physical and psychological health of humans and animals alike, and disturbs ecosystems.

In 2013, China started to build its first dark-sky preservations in Ngari and Nagqu in Tibet Autonomous Region to preserve the night sky and educate visitors on the emerging issue of light pollution. In 2018, the two dark-sky parks were certified by the International Union for Conservation of Nature.