The equestrian competitions started here on Friday to kick off the 13th Regional Games as well as the 5th Ethnic Minority Traditional Games of southwest China's Tibet Autonomous Region.

Making its debut in the Games, the competitive equestrian, being held indoors from Friday to Sunday, features dressage, show jumping and equestrian triathlon. And the ethnic minority equestrian events, which will be held outdoors from July 20 to 21, include speed horse racing (1,000m, 3,000m and 5,000m), horse walking for 8,000m, horse running with archery and horse running with Hada (a traditional Tibetan ceremonial scarf) pick-ups. 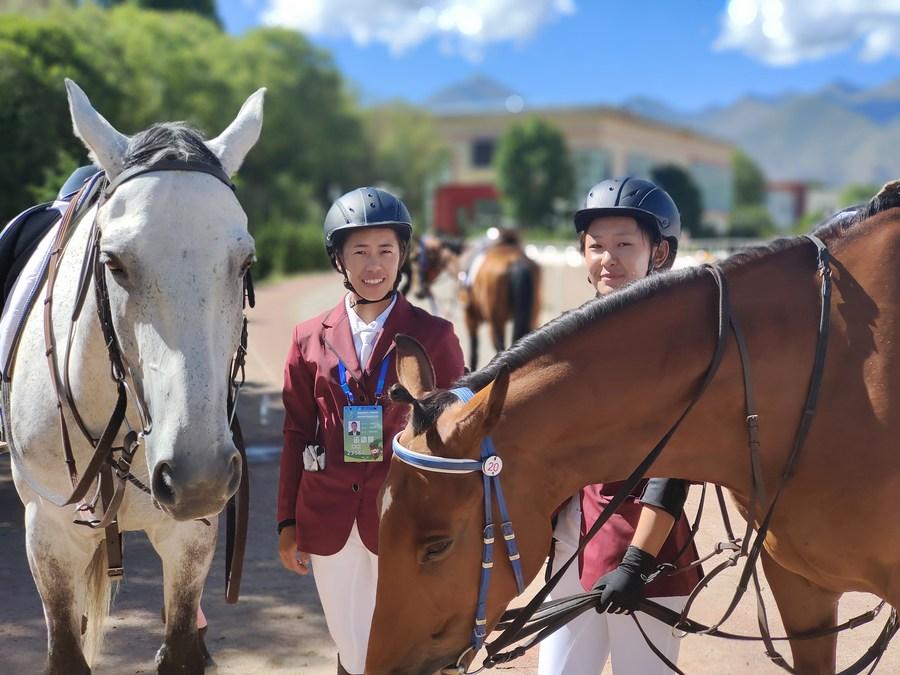 Athletes prepare with horses ahead of the equestrian matches. (Xinhua/Liu Zhoupeng)

Yeshe Lhamo, 16-year-old equestrian athlete participating in the dressage event, said: "I have been learning equestrian for three years and this is my first time taking part in the regional games. I would like to achieve a good performance with my horse Doshul."

"Some athletes are only 12 years old but they are going to participate in the national competitions on behalf of Tibet next year," said Penpa Tashi, the coach of Yeshe Lhamo.

The Games is being hosted by the people's government of Tibet Autonomous Region with the participation of about 1,400 athletes. Its main venue is located in the city of Nyingchi, with the equestrian events being held in Lhasa.