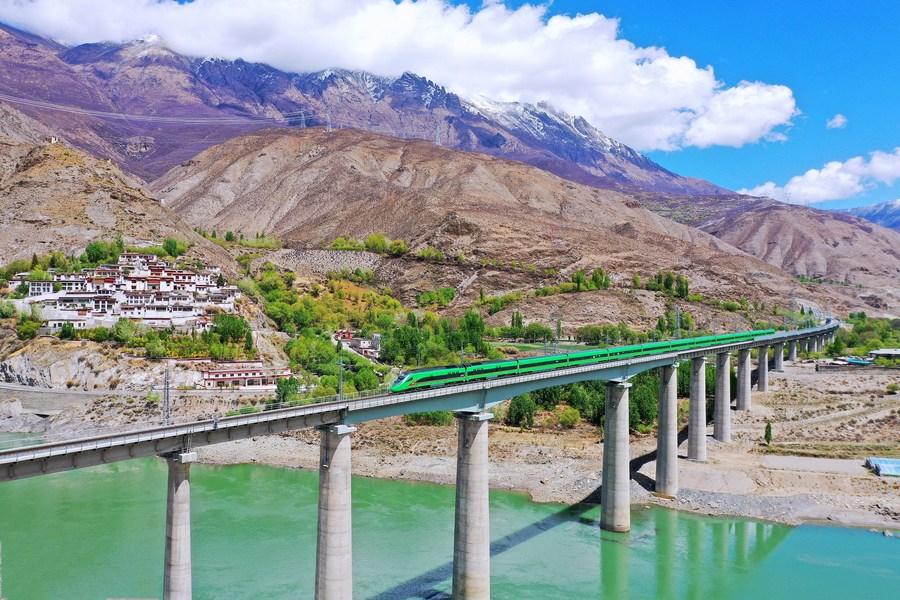 LHASA, July 31 (Xinhua) -- The gross domestic product (GDP) of southwest China's Tibet Autonomous Region expanded 4.8 percent year on year in the first half of 2022, the regional government announced at a press conference on Saturday.

During this period, the per capita disposable incomes of urban and rural residents in Tibet increased by 8 percent and 11.1 percent respectively, ranking first in China. The added value of designated large enterprises in the region increased 16.9 percent year on year.

The regional statistics bureau said that various factors have affected the consumption growth in Tibet. In the first half of the year, Tibet's total retail sales of consumer goods increased by 1.5 percent year on year, which is 2.2 percentage points higher than the national average, ranking fifth in China.