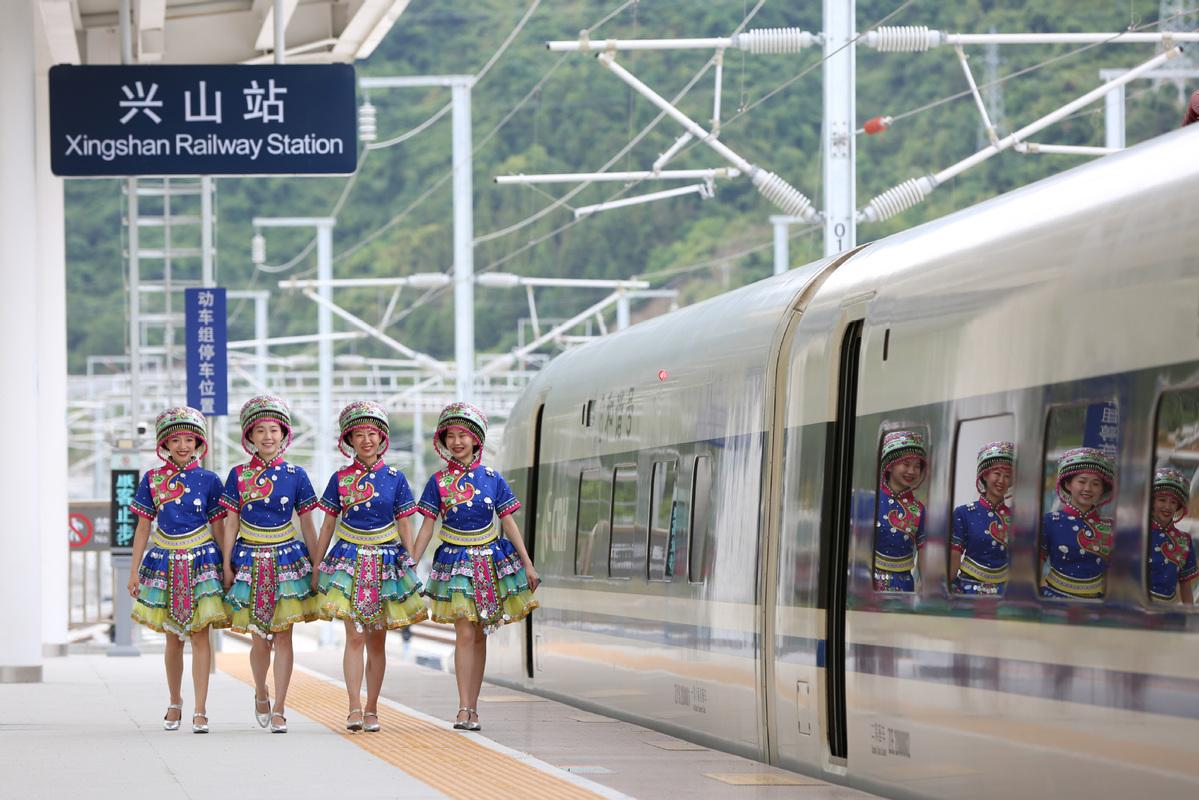 China opened more than 2,000 kilometers of new railways in the first half of this year, and nearly half are high-speed railways, the national railway operator China State Railway Group said.

Over the past six months, other major projects under construction included the Sichuan-Tibet railway, the Yunnan-Tibet railway and the Chongqing-Kunming high-speed railway.

The railway construction projects have played an important role in stabilizing and boosting the nation's economy, the company said.

The group will continue to speed up construction to further contribute to the economy throughout the rest of the year. Railway projects such as the Chongqing-Xiamen high-speed railway's Changde-Yiyang section and the Tangshan-Beijing railway will begin operation this year.