During the chill of October, a 24-year-old guy from Taiwan China, set off on a cycling journey from Yunnan’s Lijiang to Tibet’s Lhasa.

On the way, he and his cycling companion almost simultaneously fell off a precipice and managed to escape danger as they were attacked by Tibetan mastiffs and wild dogs. He spent two full days with diarrhea due to food poisoning, but never gave up.

With his own perseverance and some help along the way, he eventually reached the place most pure and sacred in his heart-Lhasa. This is the story depicted in the film “Kora”.

It is known that the road taken by the young man in the film is the most dangerous in southwest China, but also the most beautiful. The road is divided into two sections: the Yunnan-Tibet Highway and the Sichuan-Tibet Highway.

Yunnan-Tibet Highway starts in Kunming and is 2,300 meters in length. It has been used to for the tea trade since ancient times. Legend has it that this ancient road can be traced back to 138 BC.

In the 7th century AD, it was used to deliver tea during the Tang Dynasty and Tubo Kingdom, and China also transported its tea on this road to Southeast Asia. It is on this road that exchange between Chinese, Tibetan and Southeast Asian cultures takes place. 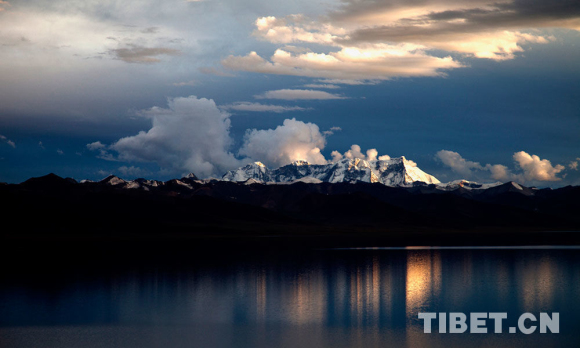 Sichuan-Tibet Highway is part of National Highway 318 which begins in China’s metropolis, Shanghai, and finishes in Tibet’s Dram Port, with a total length of 5476 km.

The scenery along the way can only be described as stunning. From grasslands to snow mountains, the varied altitudes and climatic conditions lead to a wealth of vegetation along the road.

There are 16 snow-capped mountains with an altitude of 7000 meters or more along the way, including the highest peak in the world, Mt. Qomolangma.

In addition, many of China’s ethnic minorities live in the area where the two roads cross. Tibetan, Naxi, Lisu and other ethnic minorities all live here in harmony. This road is widely considered to boast the most attractive natural landscape and most ethnic flavor in western China.