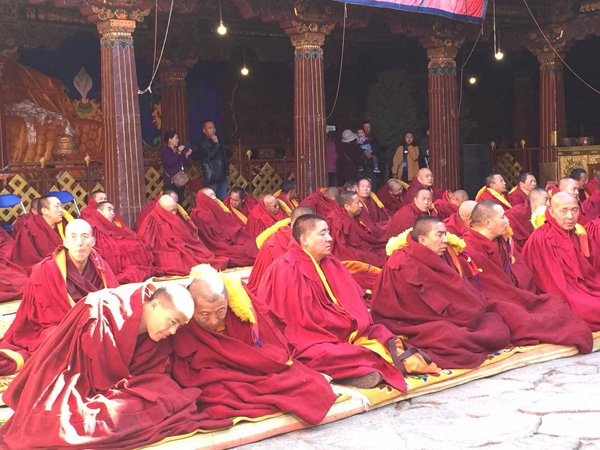 They attended a week-long preliminary exam in Tibet's Gandan Monastery in August 2016. The annual exam usually consists of two parts — the sutra debate and a test focused on other cultures.

Monks have to spend at least 20 years learning the five volumes of Tibetan Buddhism teachings to earn the qualification for such an exam.

During a debating exam, candidates are seated with exam board members standing and walking in front of them. Debates can get fierce at times as members challenge examinees.

When one candidate raises a point, the exam board members will counter to keep the debate going. If the candidate wins the debate, he passes the exam.

Gyaltsan Namdrol, from the Drepung Monastery, won this year's exam. Thuthob Choezin from the Sera Monastery came in second and Losang Gyaltsan from the Tashilhunpo Monastery won third place.

"Obtaining the Geshe Lharampa degree, I want to pay my heartfelt thanks to all my respected Dharma masters and all people who have helped my learning," Gyaltsan Namdrol said. “I'm very happy with the result and I'll continue with my learning of Tibetan Buddhism for world peace."

Drukhang Thubten Khedrup, head of the China Buddhism Association's Tibet branch, said it's the 13th Geshe Lharampa accreditation activity since its resumption in 2004.

"Most of the 10 Geshe Lharampas are Dharma masters," he said. "They're knowledgeable, and they have a profound understanding of Tibetan Buddhism teachings." 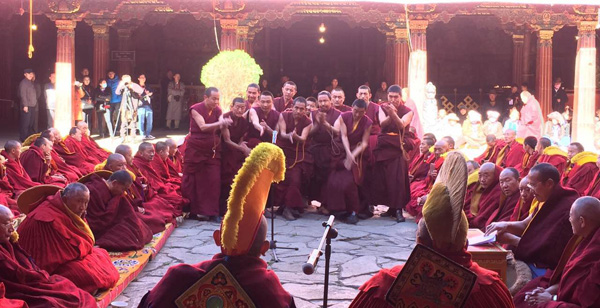