On the 19th, the Panchen Lama met with Party leaders and government officials of the Tibet Autonomous Region. The Panchen Lama talked about inviting high-ranking Tibetan monks to his residence via WeChat, Weibo, TV, and newspapers, so that he could be updated about the Tibetan people and their lives. He learned that they are improving their world and enjoy freedom of religions and beliefs, and are enjoying their lives. 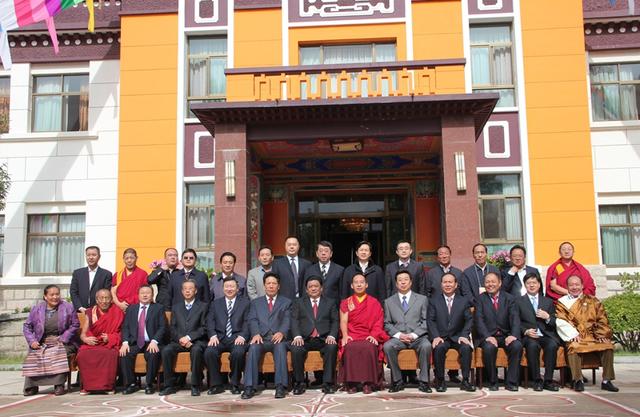 Leaders of the Tibetan Autonomous Region meet with the Panchen Lama at Potrang in Lhasa.

The Panchen Lama was very happy to be back at home after six months. He said the trip will allow him to meet with the people and expand the religious sector. The visit is an opportunity to learn about the latest development in Tibet, current events, and latest challenges. Tibet is a jewel of China and on the frontline of the battle against separatism. He was genuinely relieved to see a stable and harmonious Tibet where the people are happy and fulfilled. 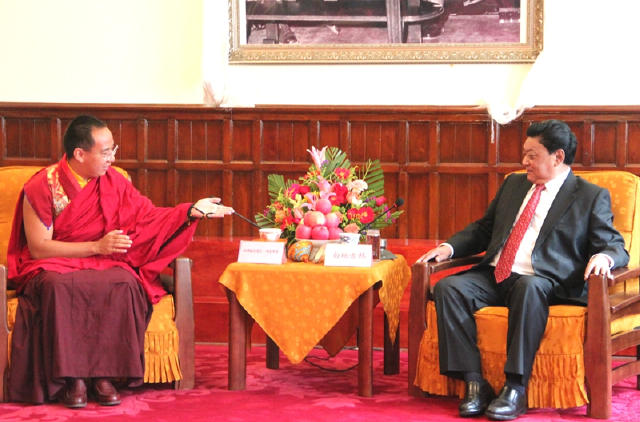 The Panchen Lama expressed his gratitude for the attention, planning, and support given to his visit. In later research and tours, he would visit more grassroots villages and meet the people, so he could learn about their outlook on life, and help make contributions for the continued harmonious and stable development of Tibet.

He believes that with the focus and attention from the Party, as led by President Xi Jinping, the Party leaders and officials of the Tibet Autonomous Region, Tibet will be even better in the future. As a religious person, he thinks the religious sector will play a positive role in promoting Tibetan Buddhism’s integration with the socialist society. He would not disappoint Secretary General Xi Jinping or the people of China. He also wished everyone happiness and a Tashi Delek. 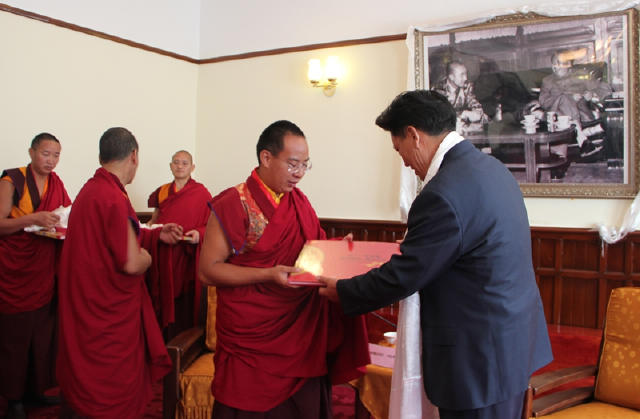