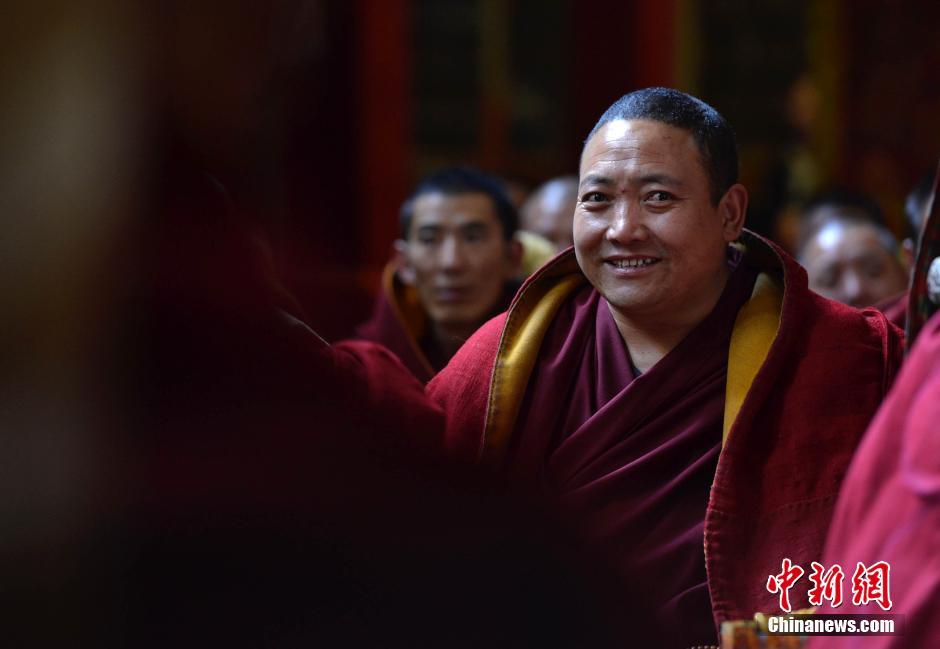 Geshi Lharamba summer pre-exam for Tibetan Buddhist monks finished on the 16th in Ganden Monastery. Ten monks from Lhasa, Shigatse, Chamdo and Nagqu used debate, cultural knowledge evaluation and other forms to contend for eligibility and ranking for next year’s Geshi Lharamba qualification.

Geshi Lharamba is the highest academic qualification in Exoteric Buddhism for Tibetan Buddhism’s Gelug monks. It is equivalent to a doctorate and is the goal that all Gelug monks studying the scriptures are after.

Losang Trinley Chosang, vice president of China Buddhist Association Tibet Branch and person in charge of the Geshi Lharamba examination and appraisal committee, said that the China Buddhist Association Tibet Branch organizes a Geshi Lharamba pre-exam every year at one of the “Three major Gelug monasteries”: Drepung Monastery, Sera Monastery and Ganden Monastery. Monks that pass the exam can attend the Exoteric Buddhism ceremony held the following year and those that pass both exams will be awarded with the Geshi Lharamba qualification.

Losang Trinley Chosang said that qualification for the 2017 promotion to Geshi Lharamba Exoteric Buddhism debate is mainly decided through this pre-exam, so the annual summer pre-exam is very important. From 2005 until now they have already held 11 pre-exams, with a total of 95 monks receiving the qualification. Starting in 2006 the examination scope expanded, with monks from Nagqu, Qamdo and Shigatse attending the test. This religious activity has experienced strong development and has improved in many ways from the original event.

During the five-day summer pre-exam, ten monks debate the scriptures in relation to Tibetan Buddhism. 30 Gelug senior monks make up the appraisal committee, 400 accompanying monks attend and many other believers also come to witness the exam.

During this pre-exam the examination appraisal committee, give each monk a comprehensive score based on the principle of openness, fairness and impartiality, and in accordance with their performance and exam scores. Finally, they decide which monks will attend the 2017 Exoteric Buddhist certificate ceremony held at Jokhang Temple.