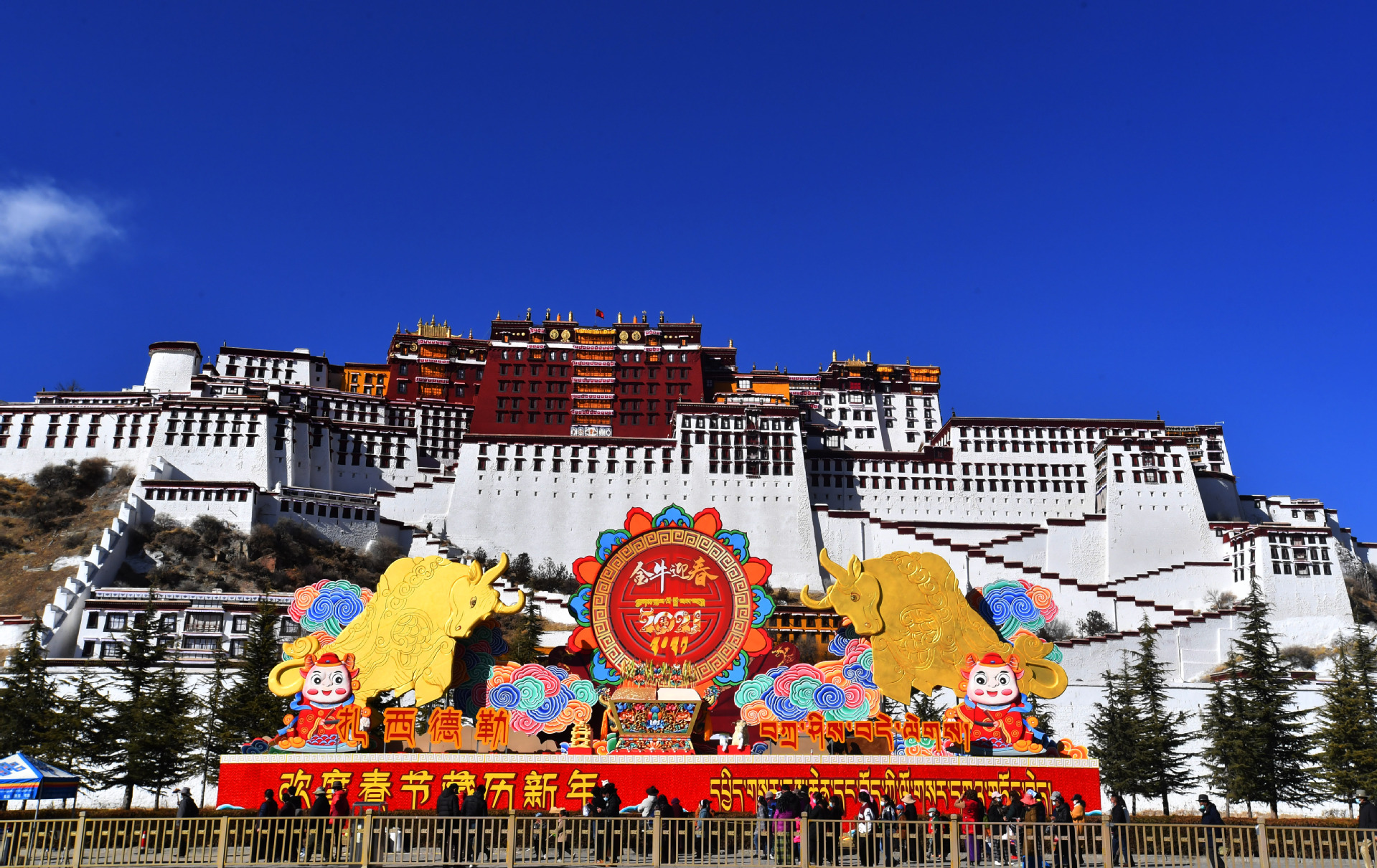 XINING -- A gala celebrating the Tibetan New Year, which coincided with the Spring Festival this year, has highlighted the unique charm of traditional Tibetan culture and heritage with the boost of modern elements.

The two-hour gala was broadcast Thursday night, the eve of the Tibetan New Year and the Spring Festival, by the Amdo Satellite TV, a channel using the Amdo dialect of the Tibetan language in Northwest China's Qinghai province.

Palden Wangchug, a Tibetan opera actor, performed a part of the Tibetan epic King Gesar at the gala.

"It has become a tradition for intangible cultural heritages to appear on the stage of the annual gala for the Tibetan New Year. More and more people begin to learn and protect these precious cultural heritages," said Palden Wangchug, winner of the Plum Blossom Prize, the highest theatrical award in China.

Nearly 400 professional actors and folk artists from Qinghai, Tibet, Sichuan, Gansu and Yunnan gathered to celebrate the new year according to the Tibetan calendar with dances, songs, cross-talks and short plays, featuring a combination of traditional and modern elements.