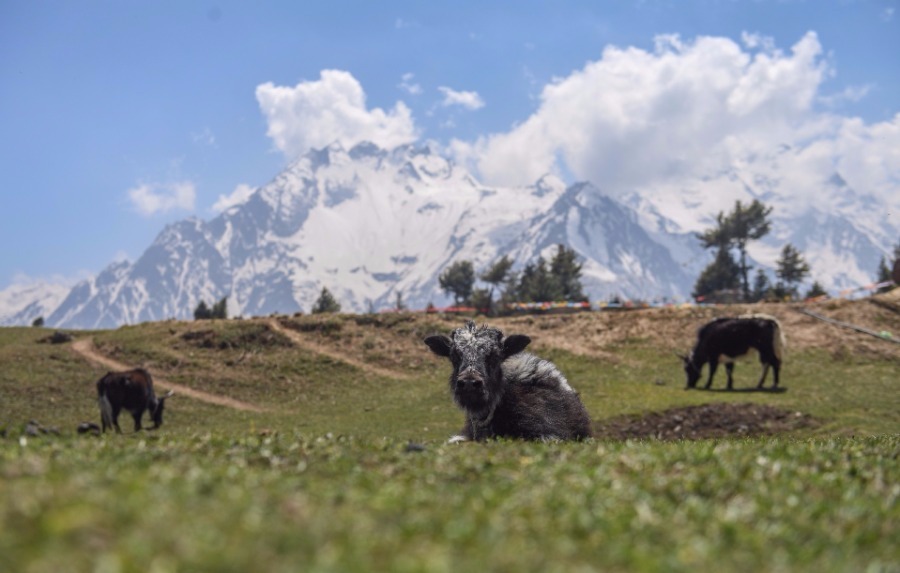 The Science and Technology Department of Tibet supported the program with money and talent.

"Participants in the training were students at the University of Tibet and the regional high vocational college who are majoring in Tibetan culture-related topics, along with people who study Tibetan culture," said Tsering Norbu.

The first course of training was the history of yak transportation. Wu Yuchu, curator of Tibet's Yak Museum, was invited to lecture for the first part of the course, and more 50 students and Tibetan culture researchers participated.

"This lecture tries to explain the significant meaning of yaks in Tibetan society and the animals' influence on Tibetan spiritual culture from different angles including nature, history, culture and art," Wu said in his presentation on Friday.

"And I also try to explain that Tibetan culture is extensive and profound," he said.