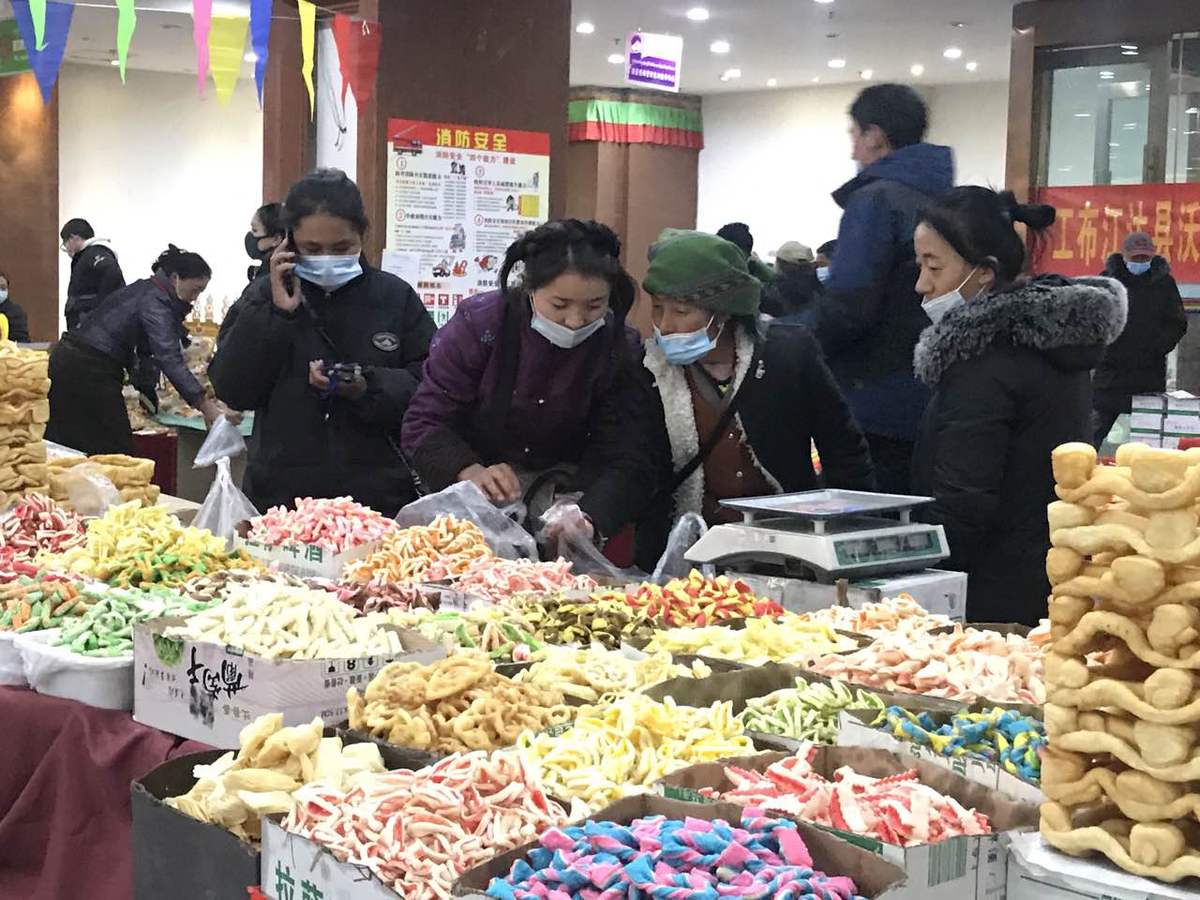 A week ahead of the Spring Festival and the Tibetan Losar New Year of the Iron Ox, people in the Tibet autonomous region are making final preparations for the holidays.

This year, Spring Festival and the Losar New Year both fall on Feb 12.

Stalls in the Barkor Shopping Mall in Lhasa, the regional capital, are more crowded than usual. Business is booming as people prepare for two New Year's celebrations on the same day. The city's atmosphere was resplendent with holiday cheer.

In line with tradition, stalls selling traditional Losar products such as derkha — the handmade decoration representing harvest, khasai — fried pastries, painted ears of barley or wheat, barley seedlings in vases and five-colored prayer flags can be seen everywhere in the streets. 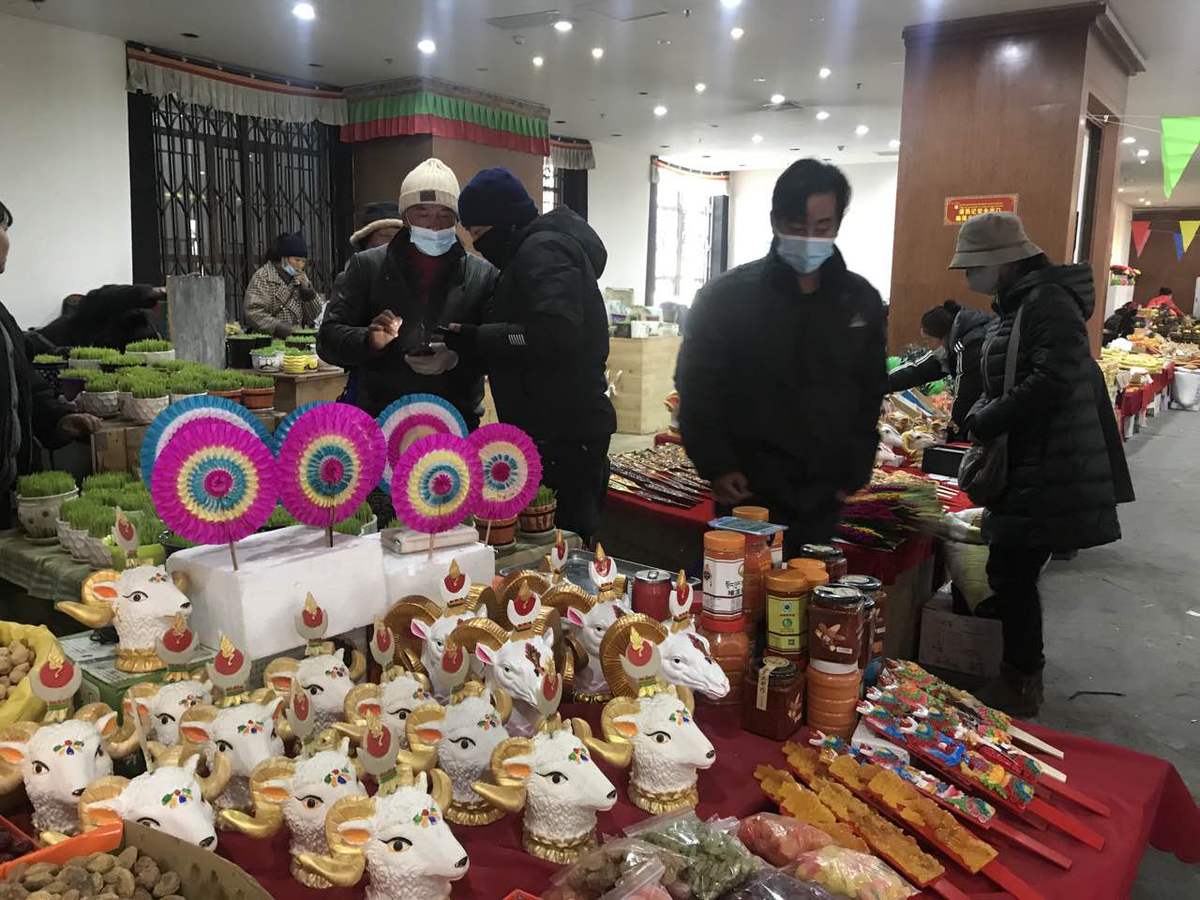 Decorated sheep skulls represent the beginning of a new year in Tibetan culture. [Photo by Daqiong/chinadaily.com.cn]

The painted barley stalks and seedlings in vases both represent the meaning of the harvest, prosperity and a good year. 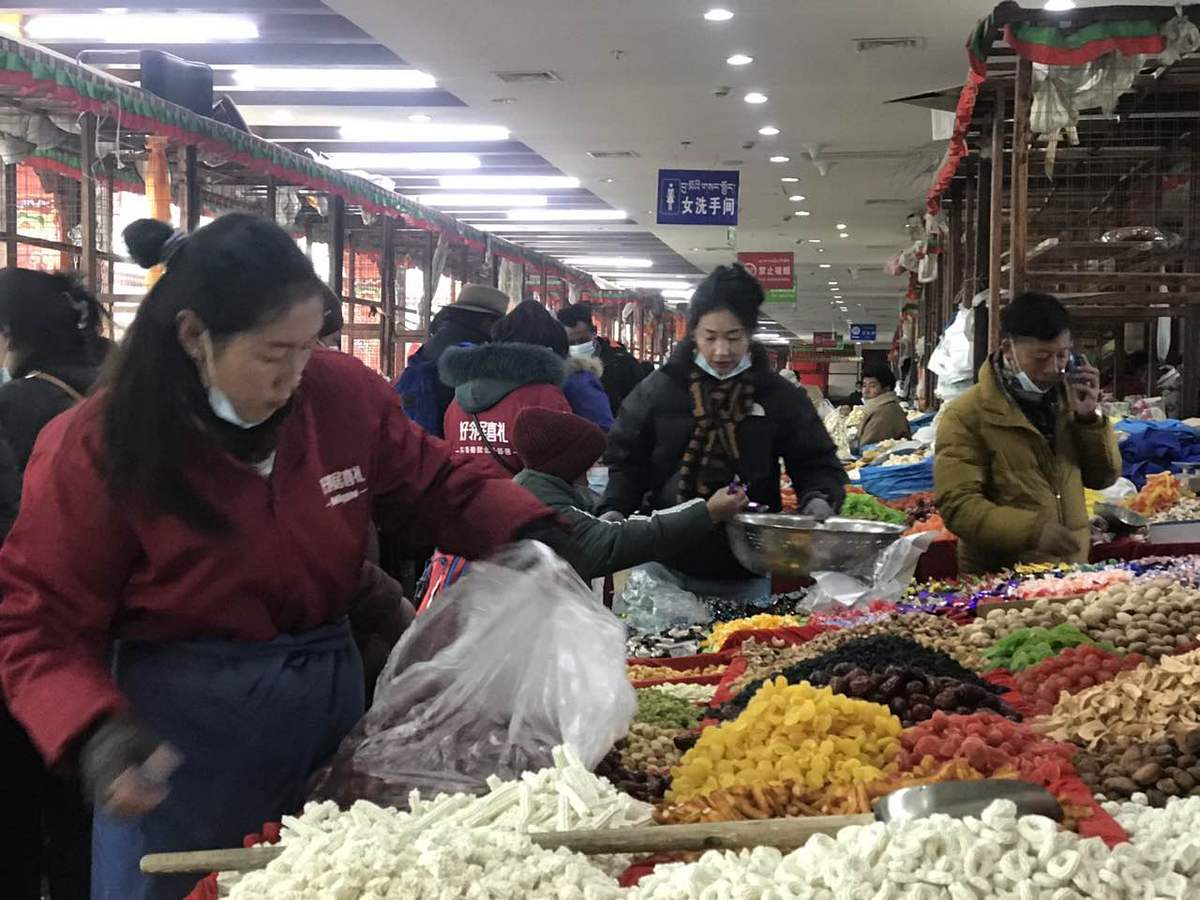 Residents of Lhasa buy candies and fried fruits for the New Year's celebration. [Photo by Daqiong/chinadaily.com.cn]