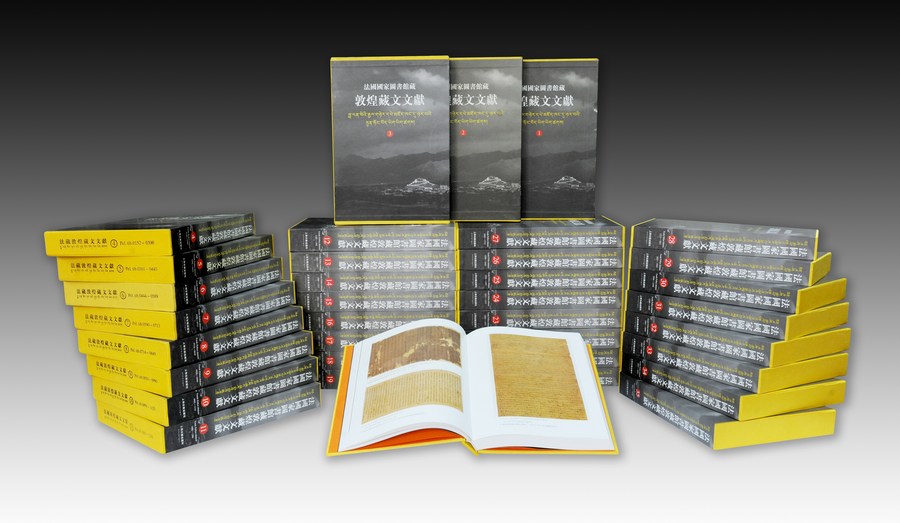 Photo taken on Dec. 15, 2020 shows the Dunhuang manuscripts of the Tibetan literature, which have been published in 35 volumes as a set. (Photo provided to Xinhua)

China has for the first time published photocopies of ancient Tibetan literature taken to France from the famed Mogao Grottoes a century ago.

The Dunhuang manuscripts were first discovered in 1900 in the Mogao Grottos, a UNESCO World Heritage Site in northwest China's Gansu Province. There are more than 60,000 of them, featuring history, politics, religion and folk customs. Dating from the 4th to 11th centuries, the majority of the manuscripts are in Chinese, but some are represented in other ethnic languages including Tibetan.

In the early 20th century, a large number of Dunhuang Tibetan manuscripts were taken to countries such as France and Britain. The Tibetan literature compiled and published this time is now preserved in the National Library of France. 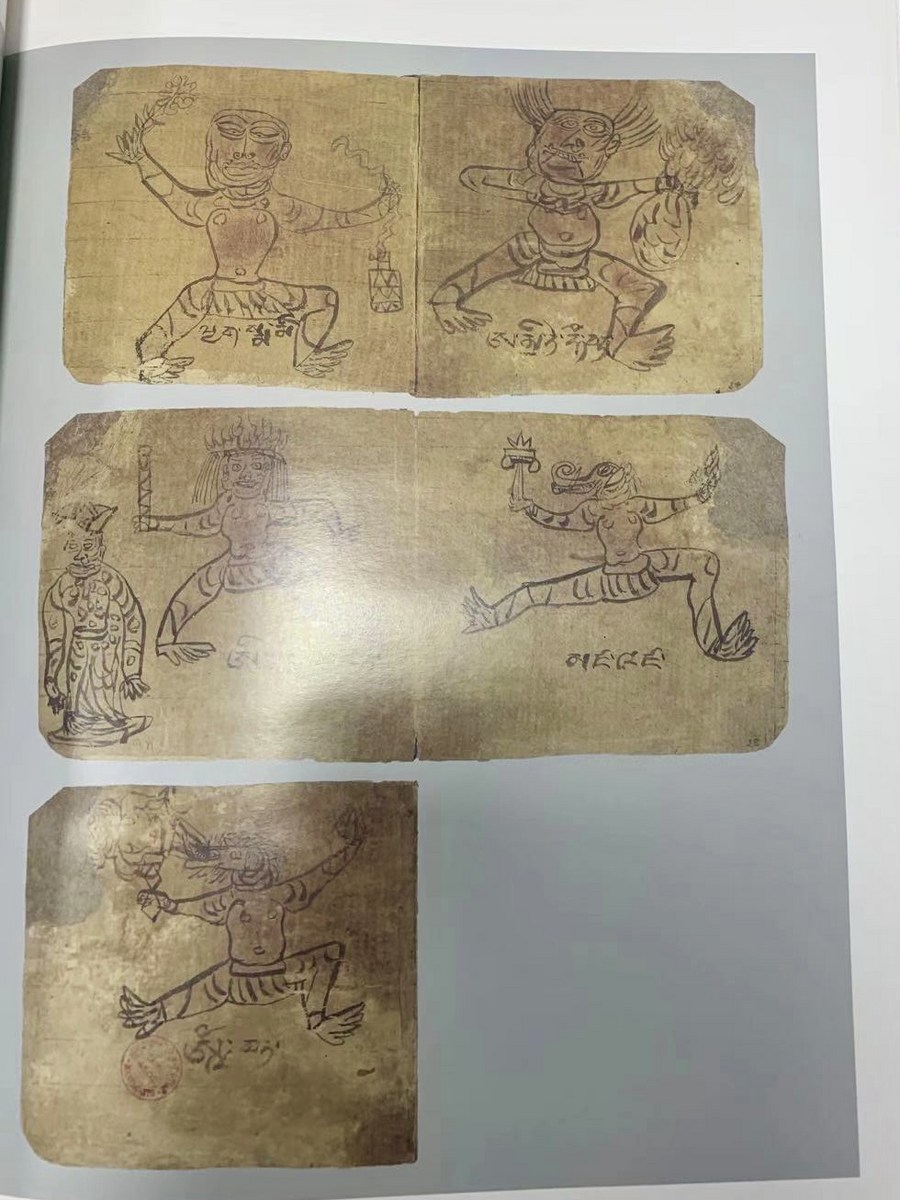 Photo taken on Jan. 12, 2021 shows a page of the Dunhuang manuscripts of the Tibetan literature preserved in the National Library of France. (Photo provided to Xinhua)

Northwest Minzu University and Shanghai Chinese Classics Publishing House, together with editors from the National Library of France, compiled the photocopies, which have been published in 35 volumes as a set, with more than 28,000 high-definition pictures displayed in numerical sequence.

The series includes Tibetan literature in the 7th to 10th centuries covering Buddhist scriptures, historical works, contracts, legal texts and letters. The publications are expected to throw light on the socioeconomic activities and cultural exchanges between ethnic groups during the reign of Tubo in Dunhuang.

It took the editorial team about 15 years to arrange and compile the documents in Chinese and Tibetan languages. It is the first time that the entire Tibetan literature preserved in France has been published in the form of photocopies, said Tsering, editor-in-chief of the series.

China also plans to compile and publish in 2021 the ancient Tibetan manuscripts preserved in Britain. Chinese researchers are digitalizing the ancient literature amid the country's efforts to study and preserve distinctive Tibetan culture. A database built upon the Tibetan manuscripts is projected to enable full-text retrieval in the future, according to Tsering.