Closed Mondays (except for national holidays) 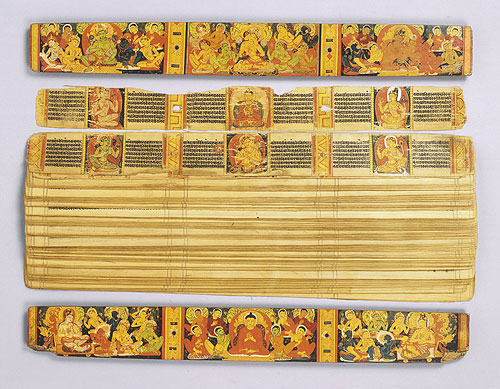 It houses an eclectic collection including Buddha sculptures, Thangka, rare books, ceramics and jade carvings. One of the most significant parts of the collection testifies to the Qing dynasty (1644-1911) government’s exercise of sovereignty over Tibet by conferring legitimate titles of the Dalai Lamas. Among the "ten masterpieces of the museum" is a gold seal granted by the Yongzheng Emperor (r. 1723-1735) to the 7th Dalai Lama; as he conferred the reverent title he recognized the lama’s legitimacy for the position. Throughout the Qing Dynasty, the central government conferred gold seals to the 5th, 7th, and the 8th Dalai Lama, but only this one survived. The seal legend is carved in four languages: Chinese, Manchu, Tibetan, and Mongolian.

Permanent exhibitions feature the pre-historic history of Tibet, relations between Tibet and the Central Government, Thangka paintings, folk culture, Tibetan Buddhist art, and local performing arts. In the gallery dedicated to 17th-century Thangka paintings of Tibetan goddesses (known as "taras"), you can't miss one impressive large-scale work of art - the polychrome sand mandala. It results from a time-consuming project involving a team of monks using tubes and funnels to apply dyed sand in a prescribed elaborate pattern. Once completed such works would be dismantled immediately in a ceremonial ritual symbolizing the ephemerality of life, but this one is kept here for viewing.