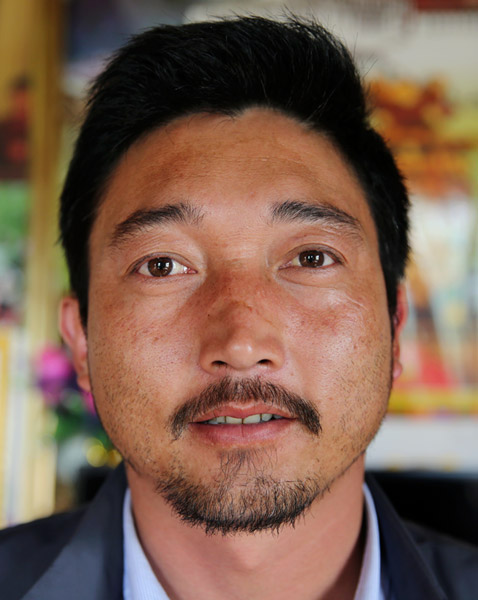 An ancient Chinese saw says, "If you live on a mountain, you live off the mountain". That philosophy is fully embraced by people in Nyingchi, a city in the southeast of the Tibet autonomous region.

For many years, the residents ignored local regulations and casually cut down trees to sell the wood and make money. Now, though, the situation has changed and the way people live off the mountain has been modified as a result of the local government's efforts to boost ecological protection.

The trees are now rigorously protected, and more are being planted across a wide area. That has seen the number of tourists rise - attracted by the improved environment in the city, which is renowned for its scenery - and the locals are becoming richer.

In addition to its natural wonders, including the majestic Namjagbarwa Peak and the gracefully winding Yarlung Zangbo Grand Canyon, Nyingchi has some of the most diverse biological resources in the country. Sitting at an altitude of about 3,100 meters, almost 48 percent of its land is covered by forest.

Before 2007, when the local government imposed a strict ban on the felling of trees, the forest was a source of income for many local people, and there were about 30 commercial and natural plantations in Nyingchi.

"Previously, we lived off the mountain by cutting down trees. We would cut a truckload of wood to sell, and then repeat the process when we ran out of money," said Nyima Tsering, a native of the city's Bayi district.

After the ban was imposed, seedlings were sown on large areas of land that had been used for arable farming and stock grazing.

In response to a call by the local government, Nyima Tsering's family of five allowed 0.4 hectares of their farmland to be transformed into woodland, the 36-year-old said.

Statistics released by the Nyingchi government show that from 2011 to 2015, Nyingchi expanded its woodland area by more than 6,753 hectares by planting trees in key ecological areas and on land that was officially designated as desertified.

During the dry season, 10 of the 300 people in Nyima Tsering's community are dispatched to patrol the nearby forest to prevent illegal tree felling and to watch for fires, while the number of rangers falls to five at other times of the year, he said. He added that his family is now eligible for a subsidy of more than 10,000 yuan ($1,527) for its contribution to ecological protection.

The improvement of the ecosystem has allowed local people to reap financial benefits. For example, the area has seen a proliferation of matsutake mushrooms growing in the wild, along with a rise in the number of species of herbs. This year, the price of a kilogram of the dried mushrooms has averaged about 1,300 yuan in the local markets, which has helped raise the living standards of many residents.

It's not unusual to hear of local people making more than 1,000 yuan a day by picking matsutake mushrooms during the rainy season. 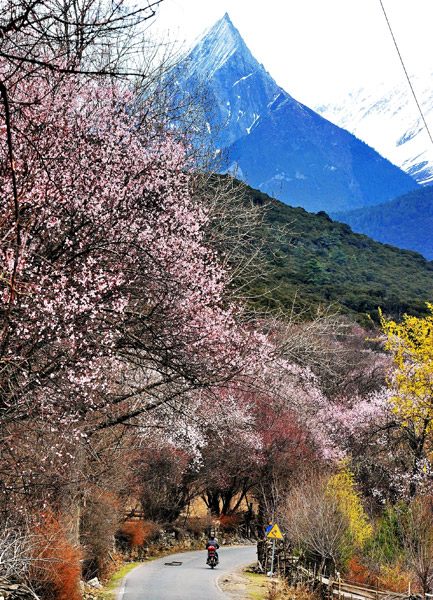 However, a rise in the number of wild animals has caused many problems, especially the growing monkey population, which has resulted in crops being damaged.

The locals say it's difficult to keep the monkeys off their fields. "When you go to the field, they go away, but they return as soon as you depart," Nyima Tsering said, adding that cattle have also been attacked by wild animals.

During June and July, when the plants and trees are in full blossom, the area sees a rise in the number of bears, which often attack cattle.

In July 2015, one of Nyima Tsering's 16 cows was killed by a brown bear. Although Nyima Tsering was saddened when people from his community told him the news after seeing the cow's carcass, he was relieved to discover that the local government would compensate him via a program designed to prevent conflict between local people and wild animals.

"I received compensation of 960 yuan for the dead cow after rangers and local officials visited the scene. They took photos as evidence and reported the matter to the higher-level authorities," he said.

Yang Hongqing, an official with the Nyingchi forestry authority, said the government pays compensation of 960 yuan for the loss of a cow age 2 or older, but if a resident loses a yak of the same age, the compensation rises to 1,500 yuan. Meanwhile, if the grain yield falls because of wild animals - which not only eat seeds but also play in the fields and damage the crops - compensation is calculated according to the amount lost.

According to Dong Guijun, head of the forestry authority, last year the local government paid compensation of almost 4.8 million yuan to farmers and herdsmen who suffered losses.

It has also provided a further 14,547 part-time posts, including forest and animal rangers and inspectors, for people from impoverished families.

Another 6,787 posts for poverty-stricken people will be created by the end of the year, he said.

Local law enforcement authorities have maintained a tough stance against people who injure or kill wild animals or damage the forest's resources. So far this year, 51 cases have been brought to court and 27 people have been sent to prison, according to Zhao Shuming, Nyingchi's executive vice-mayor.

The improvement of the local environment has greatly boosted tourism. Last year, the number of visitors to Nyingchi rose to more than 4.37 million. In 2012, the number was 2.84 million. Meanwhile, the revenue generated by tourism jumped to 3.9 billion yuan last year, from 2.2 billion in 2012, Zhao said.

He added that 85,000 people are now directly involved in the local tourism industry, which has helped to raise annual per capita incomes by an average of 6,300 yuan.

According to the Nyingchi tourism authority, local farmers and herdsmen have set up 538 guesthouses, with a total of 4,945 bedrooms.

Last year, the 7,818 farmers and herdsmen directly involved in tourism made a combined 104 million yuan from their businesses.

Nyima Tsering has invested 100,000 yuan to convert four rooms in his home for tourist use. He said the local government is providing subsidies to encourage local people to establish guesthouses and benefit from recent developments.

"Instead of cutting down trees to make money, many locals have turned to tourism to make a living from the rising number of visitors that has resulted from improvements in the environment. I want to join them," he said.