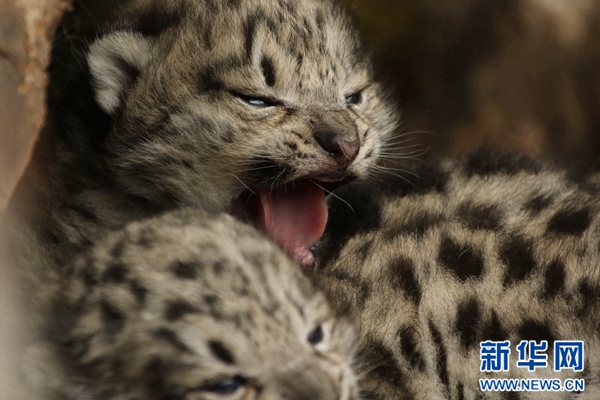 Recently, snow leopard cubs are observed inside the scrub forests by researchers at the head region of Yangtze River. 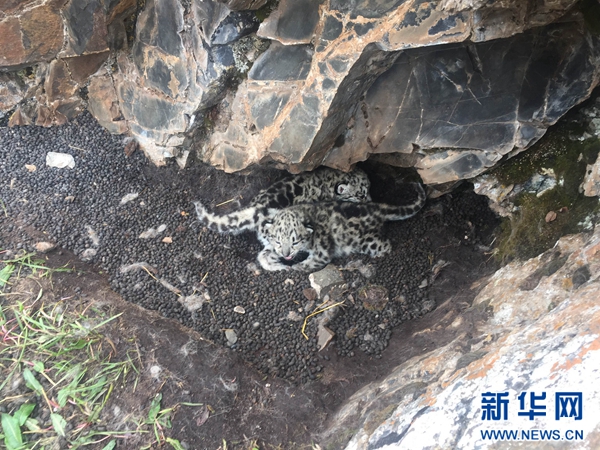 Zhao Xiang, a researcher working on the project, said the snow leopard cubs seen this time were found in the corner of two rocks in scrub forests. However, snow leopards prefer to rest on barren rocks on mountains, and tend to select more deeply-hidden caves to produce offspring. “This may be an indication that the number of local snow leopards is increasing, and the existing resting areas for them are becoming saturated.”

According to him, this discovery is helpful for researchers in tracking and studying the habits of snow leopards living in scrub forests, and provides a high research value.

Snow leopards are first class national protected animal in China. According to preliminary statistics, there’s only around 5000 snow leopards left in the world, and they have been listed on endangered species. The snow leopards usually produce cubs in May, with two to three cubs per litter. The head region of Yangtze River in Qinghai Province is believed by scholars to be the most-densely populated by snow leopards in the world.