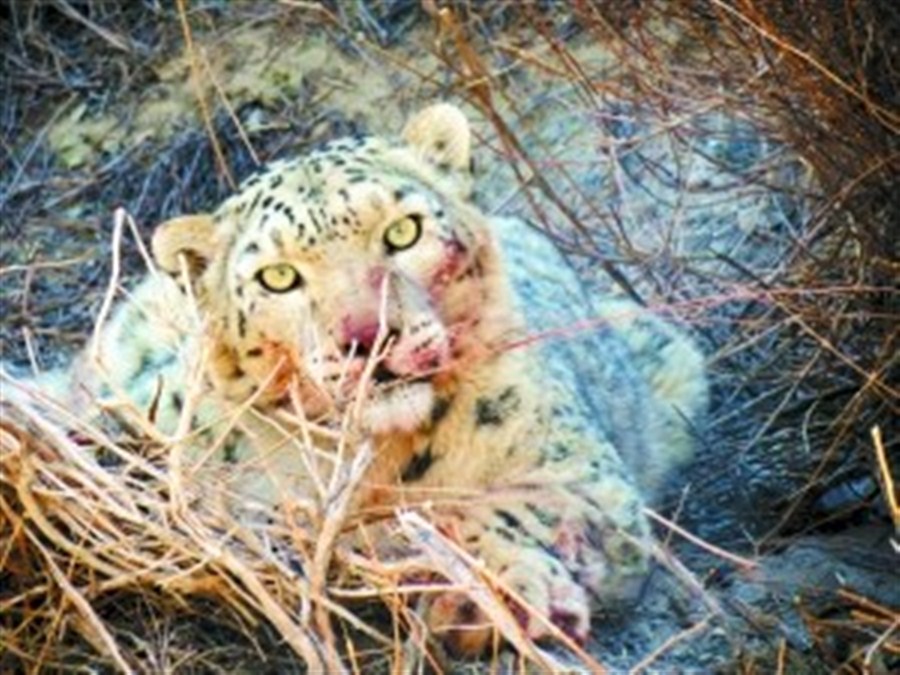 New footage of a big cat and its dinner has scientists excited about the possible expansion of the rare snow leopard in a state reserve.

A team of wildlife investigators got a recent close-up of a snow leopard eating its prey at the Gansu Qilianshan National Nature Reserve in northwest China’s Gansu Province, authorities at the reserve said.

Investigators for the second national terrestrial wildlife survey recorded a video of the big cat hunting and feeding. In the video, a dead sheep is seen on a rock, and a leopard raises its head after it appears to spot the investigators. It is then shown quickly leaving the scene while remaining alert as it makes off.

It is the first time the rare animal has been photographed by humans on site at Qilianshan. Previously, scientists had to track the animals using their footprints, excrement and infrared cameras.

"The discovery is an indication that the leopard population is recovering here," a staff member at the reserve said.

Snow leopards, a Class A protected animal, are usually found in the Himalayan ranges of central and south Asia. They typically live at an altitude of 2,500 to 4,500 meters. They have been spotted in China’s Qinghai, Tibet, Xinjiang, Gansu, Sichuan and Yunnan.

The animal has rarely been seen in the wild this century due to loss of habitat and poaching.