Sun Chunlan, member of the Political Bureau of the CPC Central Committee and head of the United Front Work Department of CPC Central Committee, stressed that the united front must give full play to its advantages and make more contributions to the development of poverty-stricken areas when investigating in Jiangxi a few days ago. 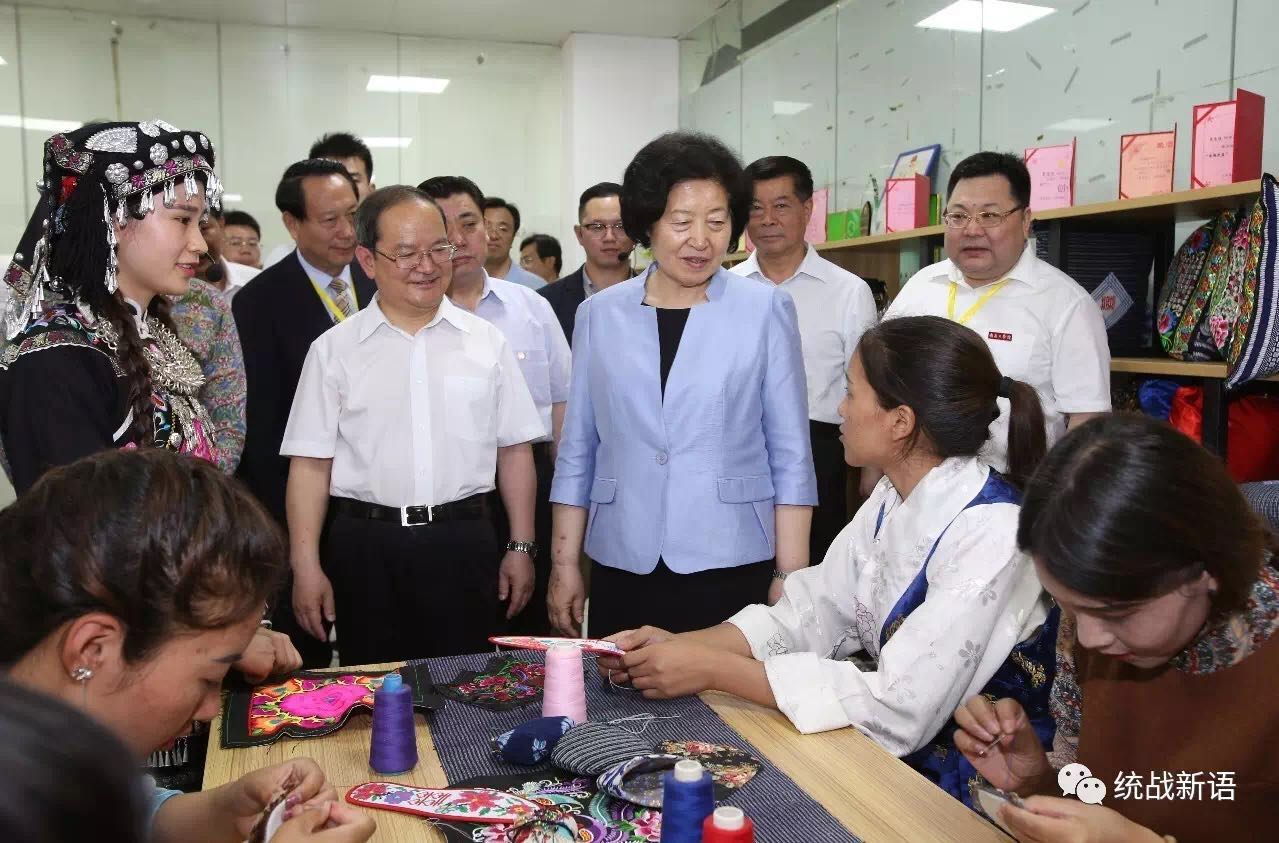 Sun Chunlan visited some counterpart aid projects of  her department , such as nursing homes, primary schools and health clinics; she inspected the Glorious Cause projects set up voluntarily by non-public and private entrepreneurs to help ethnic minorities and poverty-stricken areas in China's Midwest, such as the Chinese medicine standardized planting demonstration garden and manufacturing base; she also inspected the minority students' entrepreneurship studios at the Nanchang Institute of Technology.

During her investigation, Sun Chunlan held talks with democratic Parties and federations of industry and commerce about carrying out poverty alleviation, democratic supervision and other work. She pointed out that winning the fight against poverty and creating a well-off society by 2020 is the central government's solemn promise to all the Chinese people. Over the years, the central government has introduced a number of policies to increase support in poor and ethnic minority areas, helping the people to lead happy lives as early as possible. The united front also needs to help poor areas develop their industries, improve people's livelihoods and help them escape poverty by launching counterpart support, organizing the Glorious Cause projects and etc.

Sun Chunlan hopes that the united work front members can hold the people in their hearts and work towards poverty alleviation, carry out more research and offer advices and suggestions, focusing on strengthening self-development ability of poverty-stricken areas, improving the ability of the people to escape poverty and so on. She also stressed that the democratic parties should play their role in carrying out supervision of the poverty alleviation work.