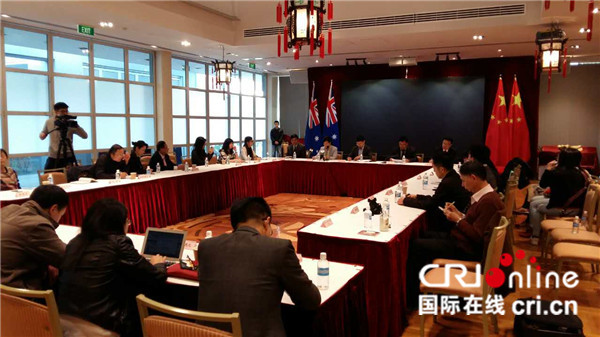 At a seminar held on Aug. 28, the delegation was engaged in in-depth discussions with representatives from 11 influential news organizations in Australia, briefing them on China's ethnic policies, especially the preferential policies implemented to promote Tibet's development, and laying out facts and examples to demonstrate Tibet's rapid growth.

On Aug. 29, the delegation also met with Daryl?Maguire,?member of the New South Wales Legislative Assembly. During the meeting, the delegation gave a presentation on the development of Tibet's medical care sector and tourism, among others.

After wrapping up the visit to Australia, the delegation headed for Canberra and Auckland in New Zealand.

The delegation, headed by Wang Yanwen, associate inspector of the Department of Human Rights of the State Council Information Office, includes experts from Beijing and Tibet, as well as regional government officials.