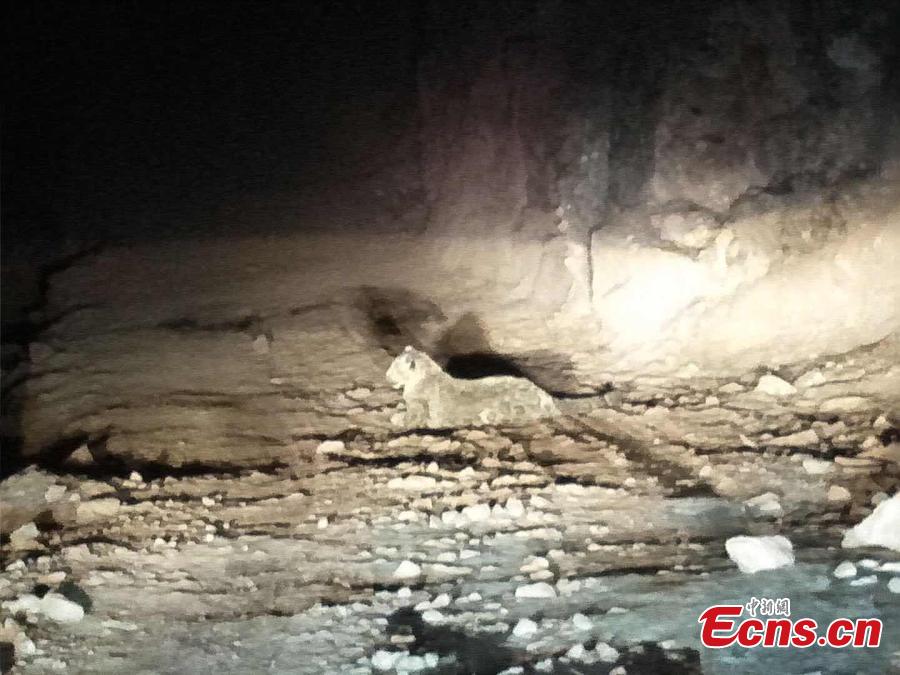 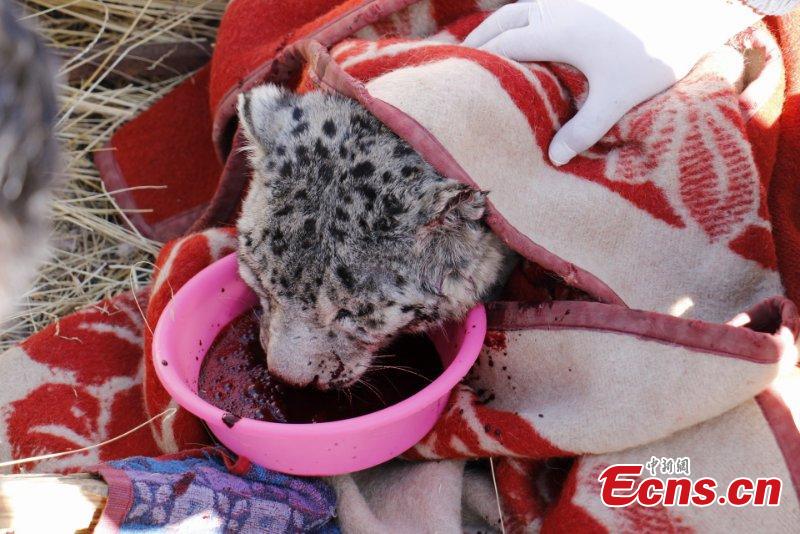 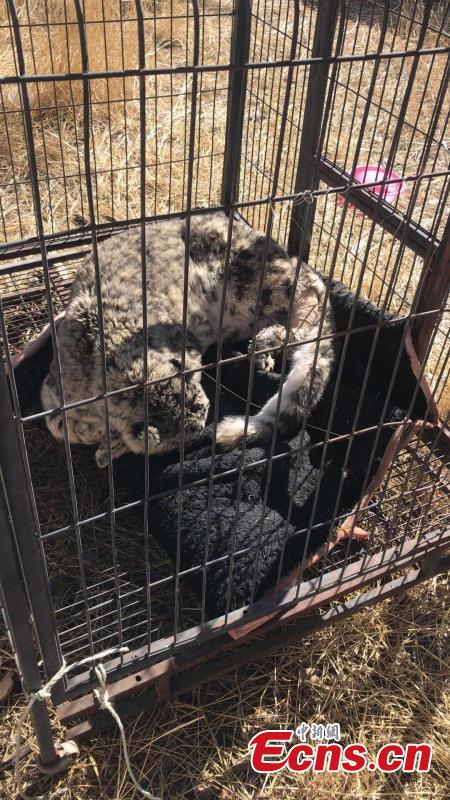 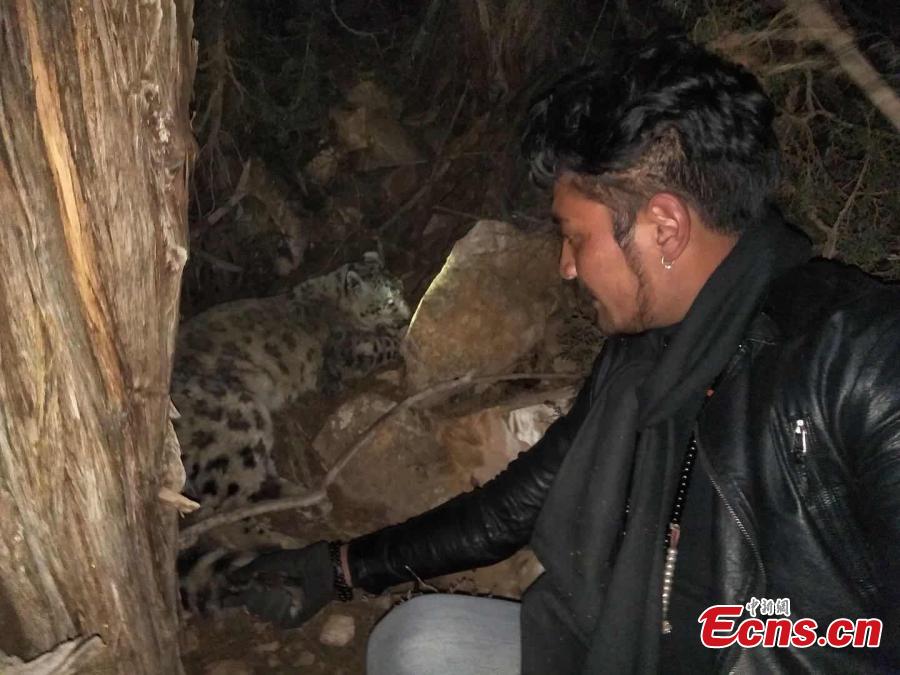 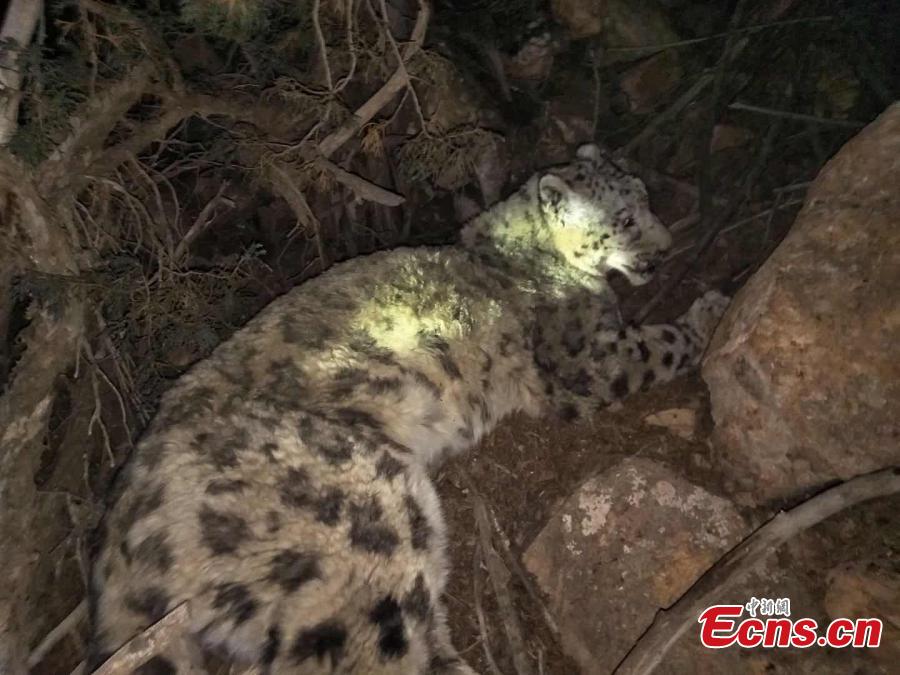 An injured snow leopard is saved by a herder in Yushu Autonomous Prefecture, northwest China's Qinghai Province, on November 24, 2017. The herdsmen in Zaduo County found the snow leopard lying off the side of a road. The man contacted a medical clinic and the local police station, taking the injured snow leopard for a check-up. The leopard is relatively old with a broken bone in its left rear leg. The leopard was sent to a wildlife rescue and breeding center in Qinghai Province for further treatment on November 26.(Photo: China News Service/Da Jie)