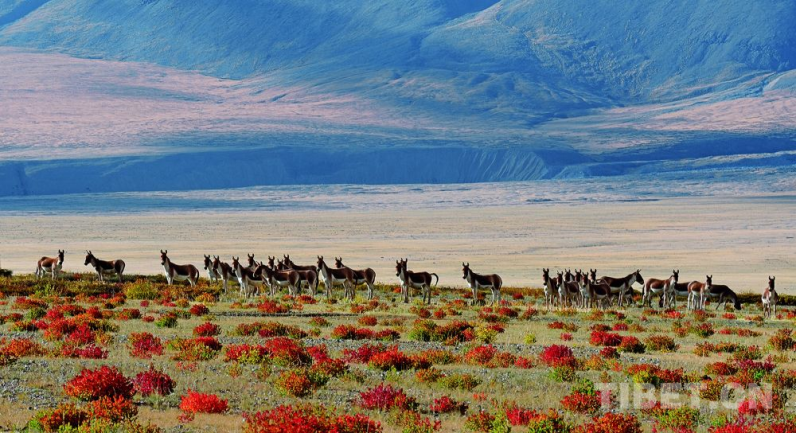 The number of Tibetan wild donkeys has increased from about 50,000 to about 90,000; the number of black-necked cranes has increased from 1,000 to 3,000 to more than 10,000; and the number of wild yaks has increased to about 10,000. In recent years, with Tibet Autonomous Region’s increasing efforts to protect wildlife, the effect has gradually revealed. The population of the vast majority of protected species has recovered significantly, and the habitats of wild animals and plants have basically maintained their original natural state.