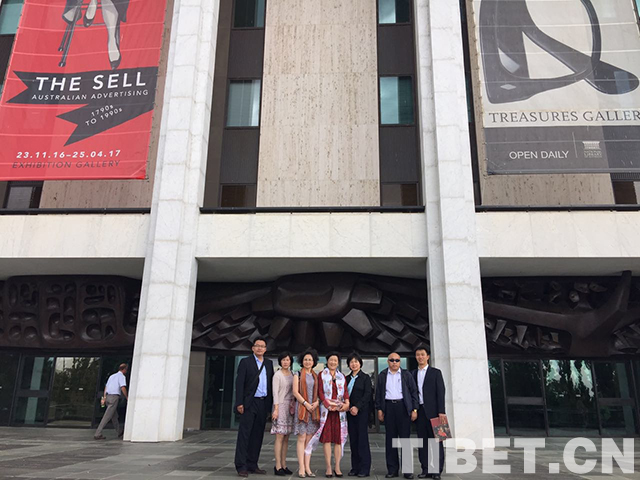 Ms Zhou and Ms Ouyang Dipin, Asian Director of NLA exchanged the views about the history, status quo and future development direction of "China Tibet" magazine and other Tibet-related books and communicated about the intentionality cooperation between the magazine, website and NLA.

The delegation made the key investigation on the influence of Tibet-related books in Australia in the Asian Department of NLA. According to Ms Ouyang, “China Tibet” magazine is highly regarded in the library’s Asian department. They have collected every issue of the magazine since it was first published in 1989, including both Chinese and English versions. Now, every issue of the magazine has been scanned and stored in the database of the NLA.

The illustrated “China Tibet” magazine is very popular with Australians, especially the content about Tibetan history, culture and cultural landscape. Ms Zhou presented her two books with signatures, Thangka paintings of the Tibetan Oral Epic King Gesar, and The Qinghai-Tibet Railway in China to NLA.

Ms Ouyang expressed thanks and said the books would be permanent collections at NLA.