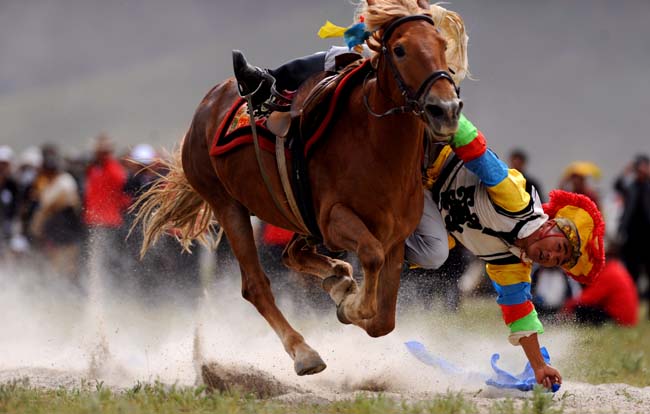 Colin Mackerras, a 77-year-old scholar from Australia, said “Tibet is a mystical and beautiful place. I had many lively cultural experiences.”

Mackerras is currently an honorary professor at the Griffith University in Australia. He has devoted his research to China’s ethnic minorities and China’s image in the west. In his “Hand in hand to pursue the Sino-Australian development dream, side by side to bring about regional prosperity and security” speech in Australia in 2014, Chinese President Xi Jinping thanked Dr. Mackerras and other Australians for their “contributions to Sino-Australian friendship”.

Mackerras, who speaks fluent Chinese, first came to China in 1964, and has visited over 60 times since. In 1985, Mackerras went to Tibet for the first time—an “unrestrained trip” from Chengdu to Lhasa.

"When I got to Lhasa, I borrowed a bicycle, riding it all over and visiting places like Drepung Monastery and Sera Monastery,” Mackerras recalled during the ongoing seminar on Tibetan studies in Beijing.

"At that time, many young westerners had already traveled to Tibet, many of whom were ‘backpackers’,” Mackerras said. “I was also a tourist, living in a youth hostel in Lhasa for what was then 5 yuan per night.”

Mackerras, who toured Tibet for about 10 days, realized the real Tibet and his previous imaginings were different. “Before I came to Tibet, my image of Tibet was very backwards, but experiencing it firsthand, I realized this was not so. Around 30 years ago, Tibet had already developed quite well, and Tibetan people’s culture was well preserved and unique.”

This beautiful impression from his first visit to Tibet also left Mackerras with an irrevocable bond. Afterwards, he visited Tibetan areas in the inland provinces of Qinghai, Yunnan, and Sichuan, as well as traveled to Tibet three times on his own.

Mackerras said, “Every time I go, I can sense Tibet’s development. Lhasa especially has continued to modernize, and the conditions of the roads and people’s housing have greatly improved.”

Mackerras visited Tibet again in 1990, and there is a scene that was unforgettable. 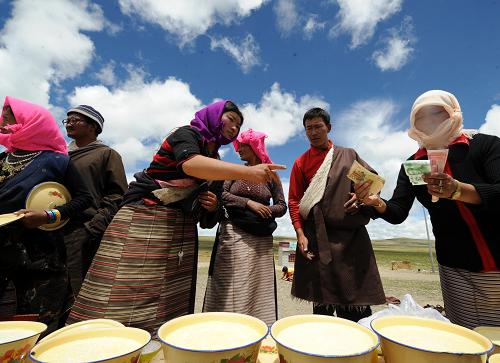 At that time, after Mackerras arrived in Tibet with his tour guide, he stayed in a local hotel. Inadvertently, he heard the sound of Tibetan opera coming from outside his room. “I was really attracted to the sound, and I just knew this sound was of Tibetan opera, because I had listened to a clip of Tibetan opera previously, but this was the first time I had heard a performance in real life.”

Mackerras followed the sound, and saw a group of people wearing masks, singing and dancing in a lively performance, and he felt extremely joyful. “I realized that performance was completely spontaneous, something full of life, a unique ethnic performance, and it really moved me.” 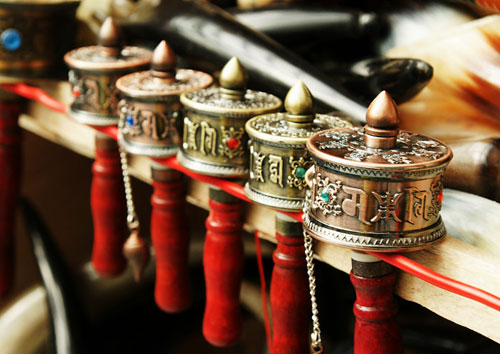 It was these firsthand Tibet experiences that let Mackerras experience Tibetan culture, especially the developments in Tibetan culture. Mackerras said that he believes Tibet’s modernization has not broken the traditional culture, but has played a positive and restorative role to some extent.

"Some Western observers say that Tibetan and minority culture is being destroyed or the Chinese 'crack down' on Tibetan Buddhism, I believe this is nonsense. From what I observed, the situation is to the contrary,” Mackerras said. “The Tibetans I have seen maintain Tibetan Buddhism with high enthusiasm, and the Chinese government has invested widely in the protection of Tibetan culture and traditions, which I highly approve.”

"Tibet is a beautiful and mysterious place. More foreigners should understand Tibet’s culture and development,” Mackerras said. “I must also keep up with the times and continue to pay attention to Tibet’s present and future development.”