Tourism has become Gyantse's pillar industry for economic development. Themed as the history of resistance against the British colonial army and the red culture, Gyantse puts forth effort to promote its own tourism brand -- "Red River Valley".

Gyantse will carry out a "6+1" tour route involving one castle, one park, one ancient street, one monastery , one estate, one wetland and one perform. In 2016, the county received 139,000 tourists, generating 48.65 million yuan in tourism revenue. 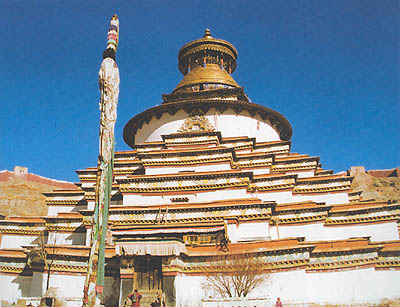