These 20 children with congenital heart disease and their parents arrived at the Fuwai Cardiovascular Hospital in Kunming, capital city of southwest China's Yunnan Province on July 9, where they received surgery.

On the morning of July 11, four children with congenital heart disease, Penba, Tupden, Phuntsok, and Lhamo, were sent to the operating room for treatment.

Penba's father said: "My child was found to have congenital heart disease at birth, and his body has not been very healthy for six years. Usually he starts panting and getting out of breath after walking or running just a little bit. He often has a cold and a poor appetite. I had thought about going to an inland hospital to treat my child, but I heard the cost was too high, so I had to give that up. This time, I came to Kunming. Not only was the surgery free, but our fare was reimbursed. It really solved a big problem for us."

After surgical treatment and postoperative observation, the children were all discharged. On July 20, they returned to their hometowns by plane. 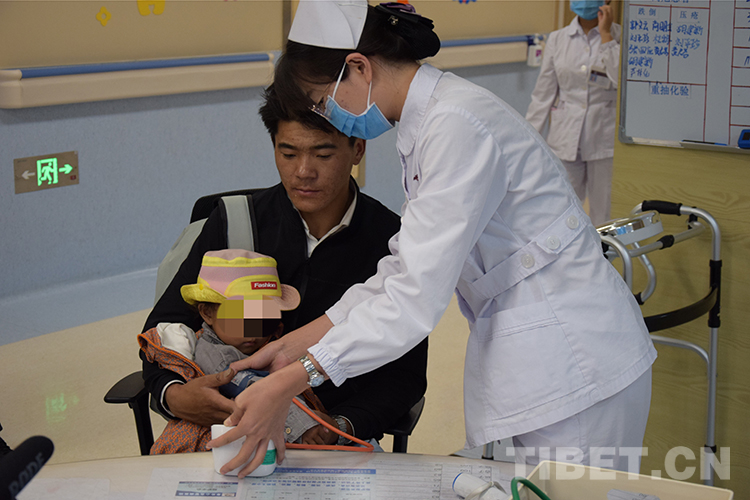 A child with congenital heart disease from Damshung, Tibet, is treated at the Fuwai Cardiovascular Hospital in Yunnan Province.