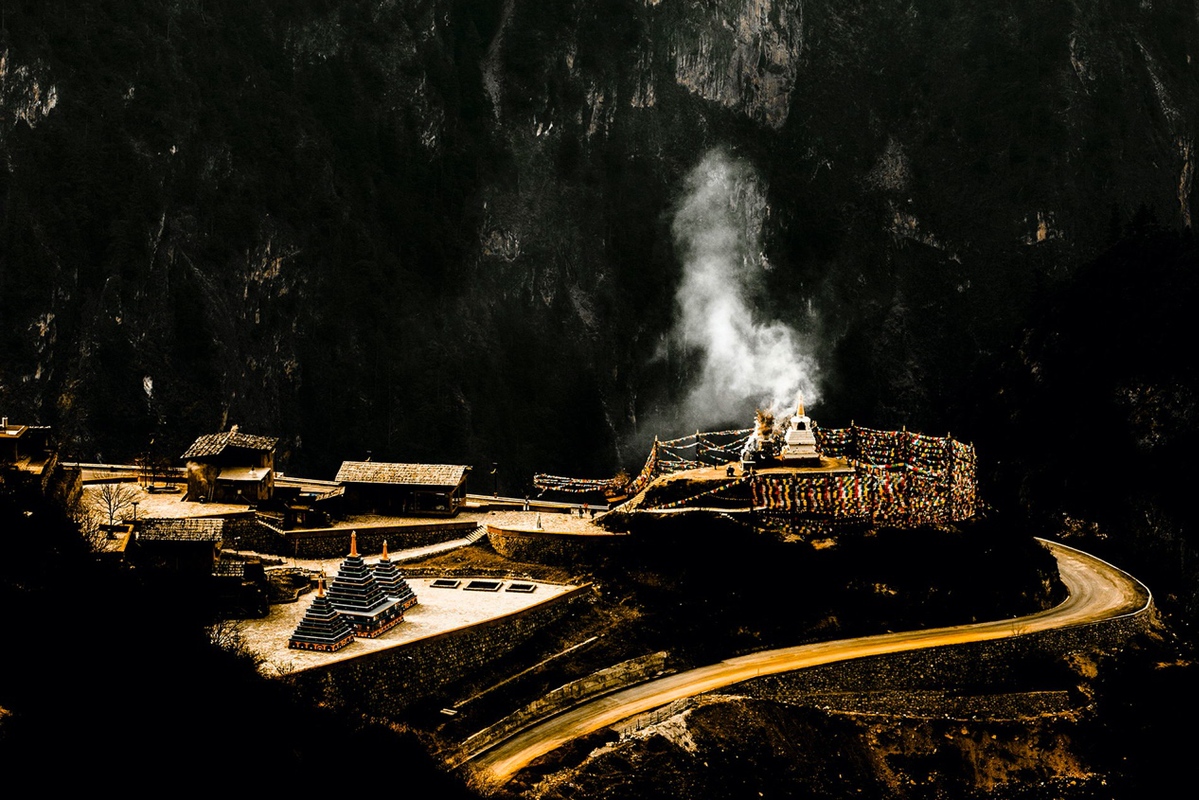 Sitting at the foot of Gezong Snow Mountain, 1,300-year-old Bala village was isolated deep in Shangri-La Grand Canyon in the Diqing Tibetan autonomous prefecture in Southwest China's Yunnan province until 2008, when an asphalt road was completed after more than one decade's hard work. 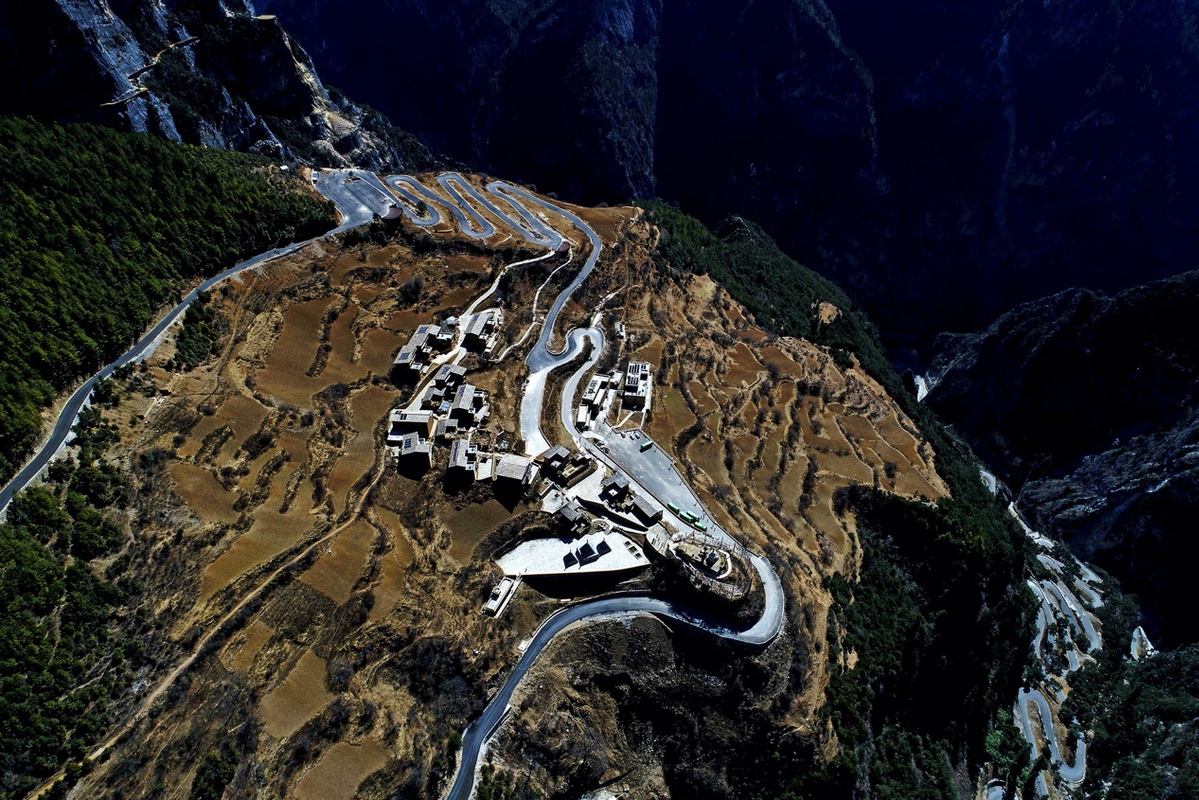 In an aerial view, Bala village and the winding road leading to it are clearly seen. [Photo provided to chinadaily.com.cn]

Before that people lived a hard life on the mountain 700 meters above the Gangqu River and 2,900 meters above sea level, mainly by farming and grazing yaks and Tibetan pigs. The only road leading to the outside world was between 20 cm and 1 meter wide, clinging to the cliffs. If people were seriously sick, it would take four to five days for young men from the village to carry the sick person on their shoulders and walk on the rough road to get to hospitals in the city of Shangari-La, the capital of the prefecture. Due to the isolation and harsh environment, before the road was completed, many people had moved out of the mountains since 1995, so that only 15 households remained in 2000. 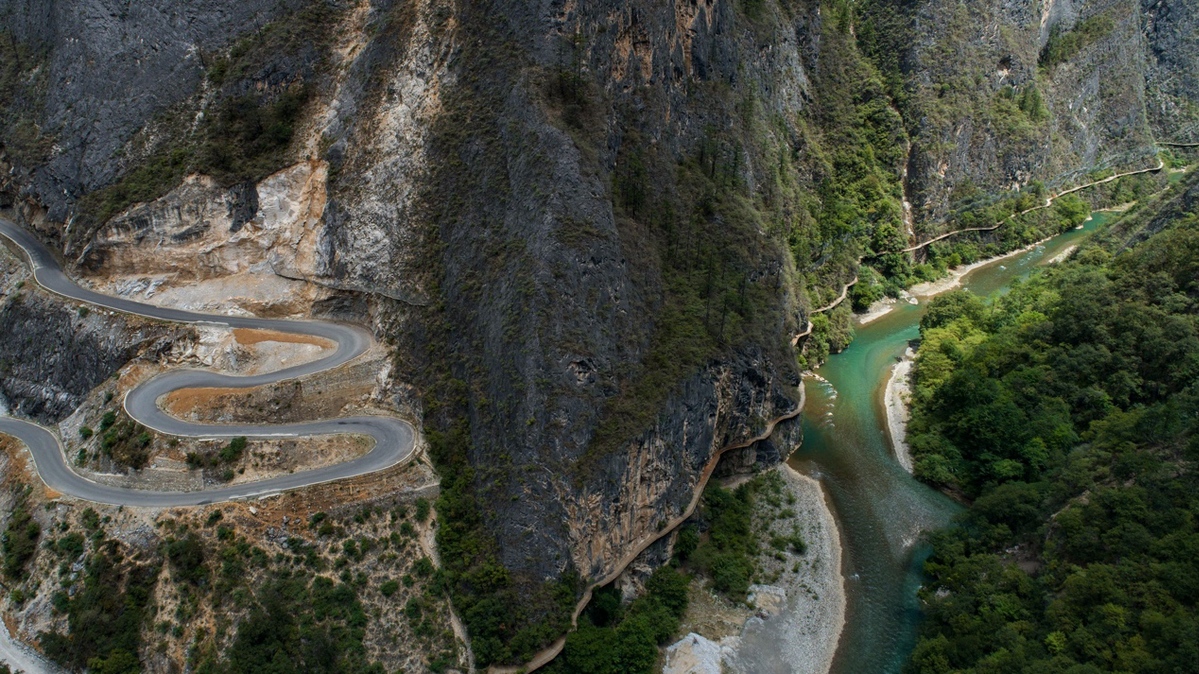 The road and the Gangqu River [Photo provided to chinadaily.com.cn]

Sonam Dondrup, born in 1964 in Bala village, lost the sight in his left eye when he was about 10 years old because he and his father had to spend five days on the rough road before reaching hospitals in Shangari-La. The long journey meant he missed the best chance to save his sight. Then, young Sonam saw the world outside for the first time and has since dreamed of building a road that can lead his hometown to the outside world. Now with the asphalt road, it takes only two hours to arrive in Shangri-La from Bala village. Sonam calls the road "the line of life". 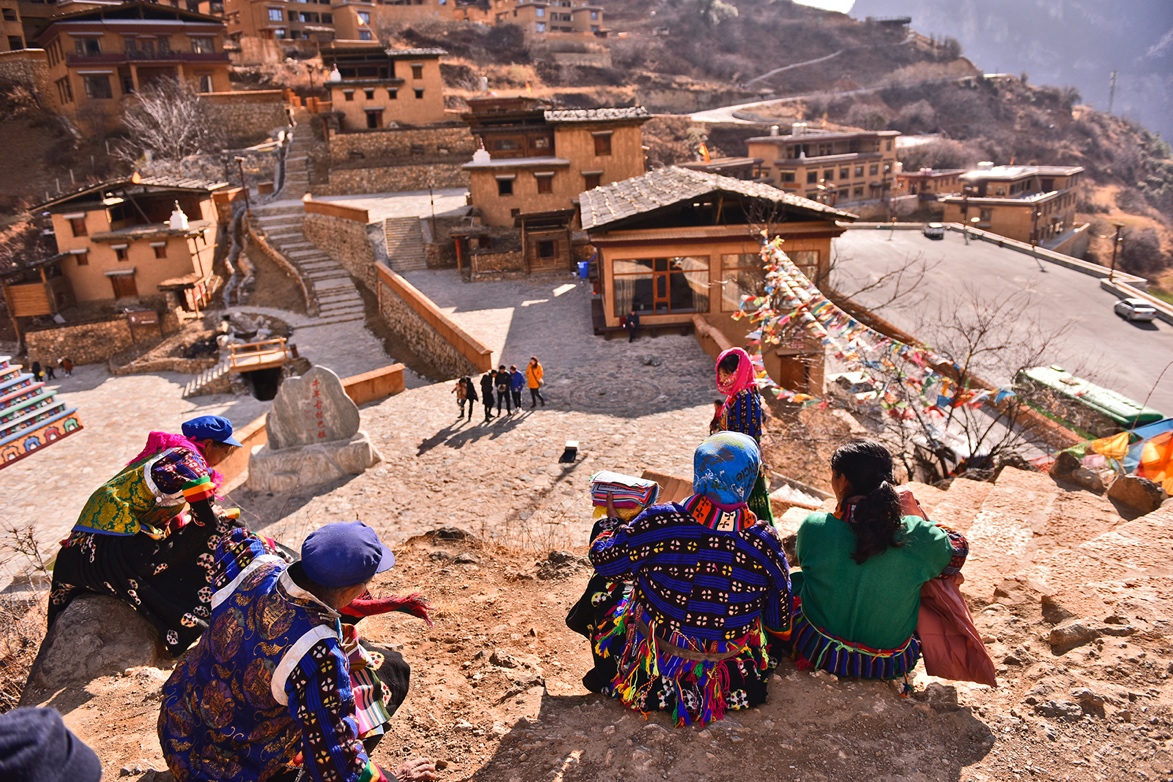 After the road was built, infrastructure, like of electricity and the internet, was added. Sonam Dondrup then founded a company in 2008 and led villagers to develop tourism in his hometown and more people have come back. Now there are 35 households and more than 300 people from Bala village and villages nearby who work for the tourism company. The average annual salary exceeds 100,000 yuan. 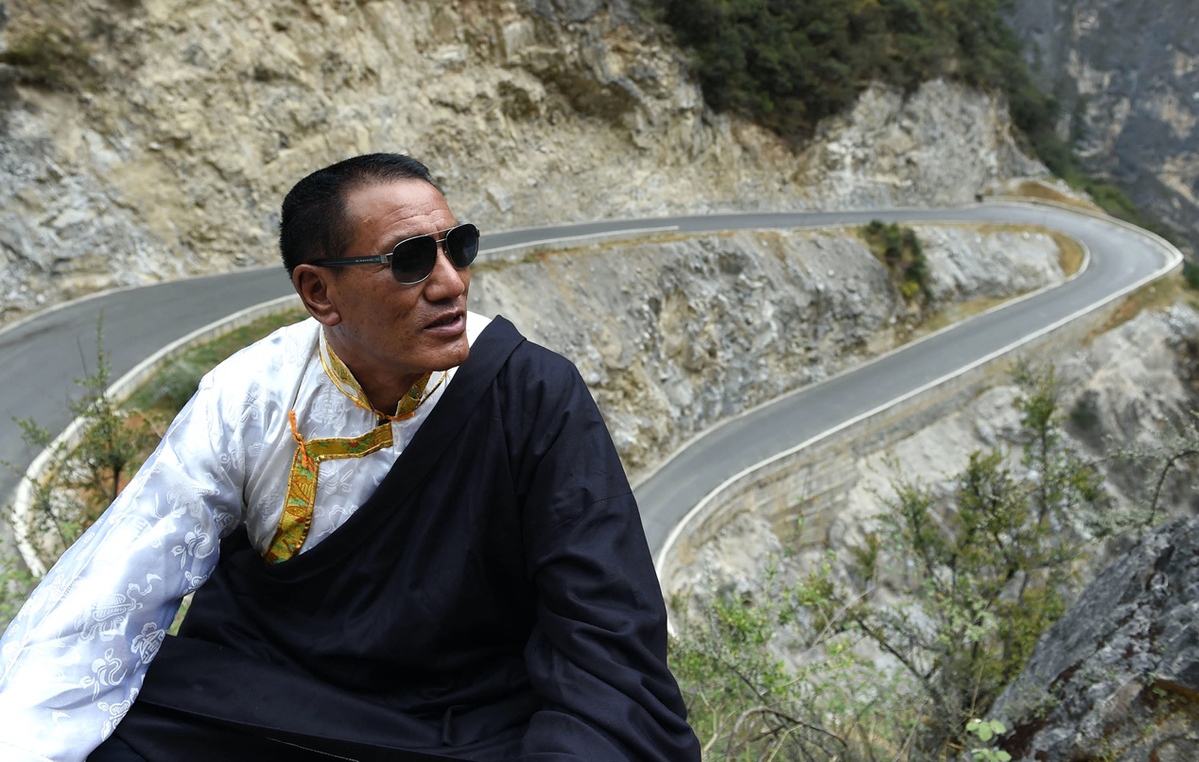 Sonam Dondrup and the lifeline, or road, built with the government's support. [Photo provided to chinadaily.com.cn]