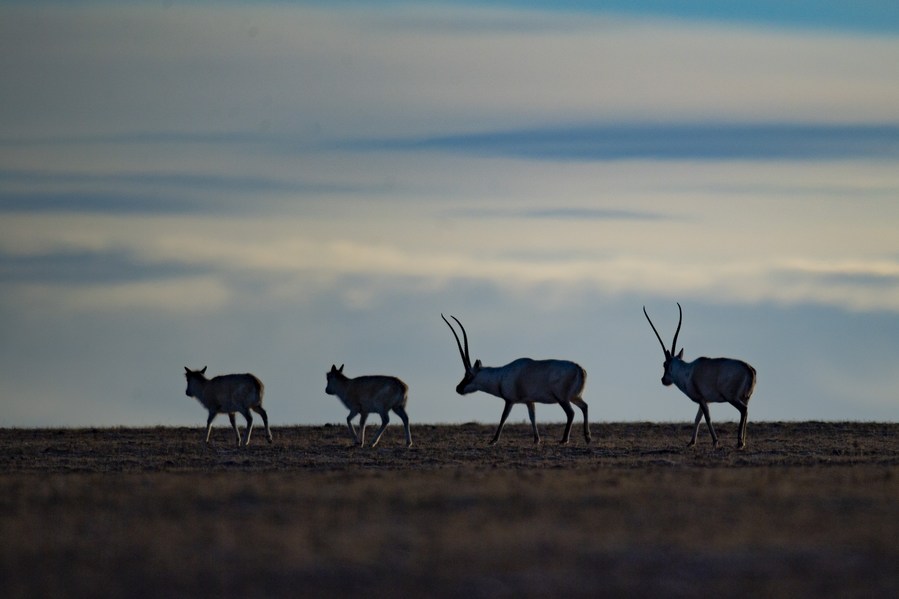 LHASA, April 11 (Xinhua) -- A recent survey has found that the number of wild terrestrial vertebrate species in southwest China's Tibet Autonomous Region has increased to 1,072, up from the 701 recorded in a survey eight years ago.

The survey, conducted from 2012 to 2020, has identified five new species -- three frog species in different areas of Tibet, the white-cheeked macaque and a viper species -- according to a recent meeting in the region on forestry and grassland work.

The survey recorded the distribution, habitats, populations and changes of the wildlife in Tibet, the social and economic conditions of wildlife distribution areas, as well as the domestication and reproduction of wild animals.

More than 900 professionals participated in the survey, which had 260 sample areas and covered a total area of 6,346 square km.

Tibet carried out its first survey of wild terrestrial vertebrates between 1998 and 2001, discovering a total of 701 such species.