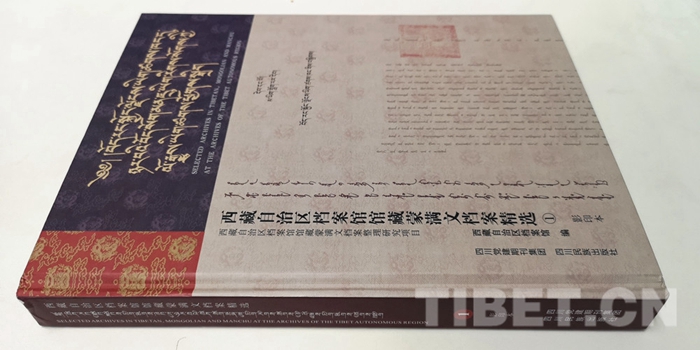 Tanor, researcher of the Institute of Social Economics of China Tibetology Research Center.

There are 1,324 documents selected for the masterpiece, dating from 1324 to 1909, a span of 585 years. The texts are mainly written in ‘Phags-pa script (a unified script for written languages during the Yuan Dynasty), Manchu, Mongolian, Tibetan, Chinese, and the Oirat language. The documents mainly come from the archives of the former Tibetan government and Kundeling Monastery.

"The majority of the selected archives are Mongolian and Manchu texts, especially Manchu texts of the Kangxi, Yongzheng, and Qianlong emperors of the Qing Dynasty," said Tanor, a researcher at the Institute of Social Economics at the China Tibetology Research Center, who participated in reviewing the series.

"Most of these documents are originals. The ones that relate to Mongolian-Tibetan ethnic relations are not often seen in history books; this is the first time many of them have been published." Tanor said.