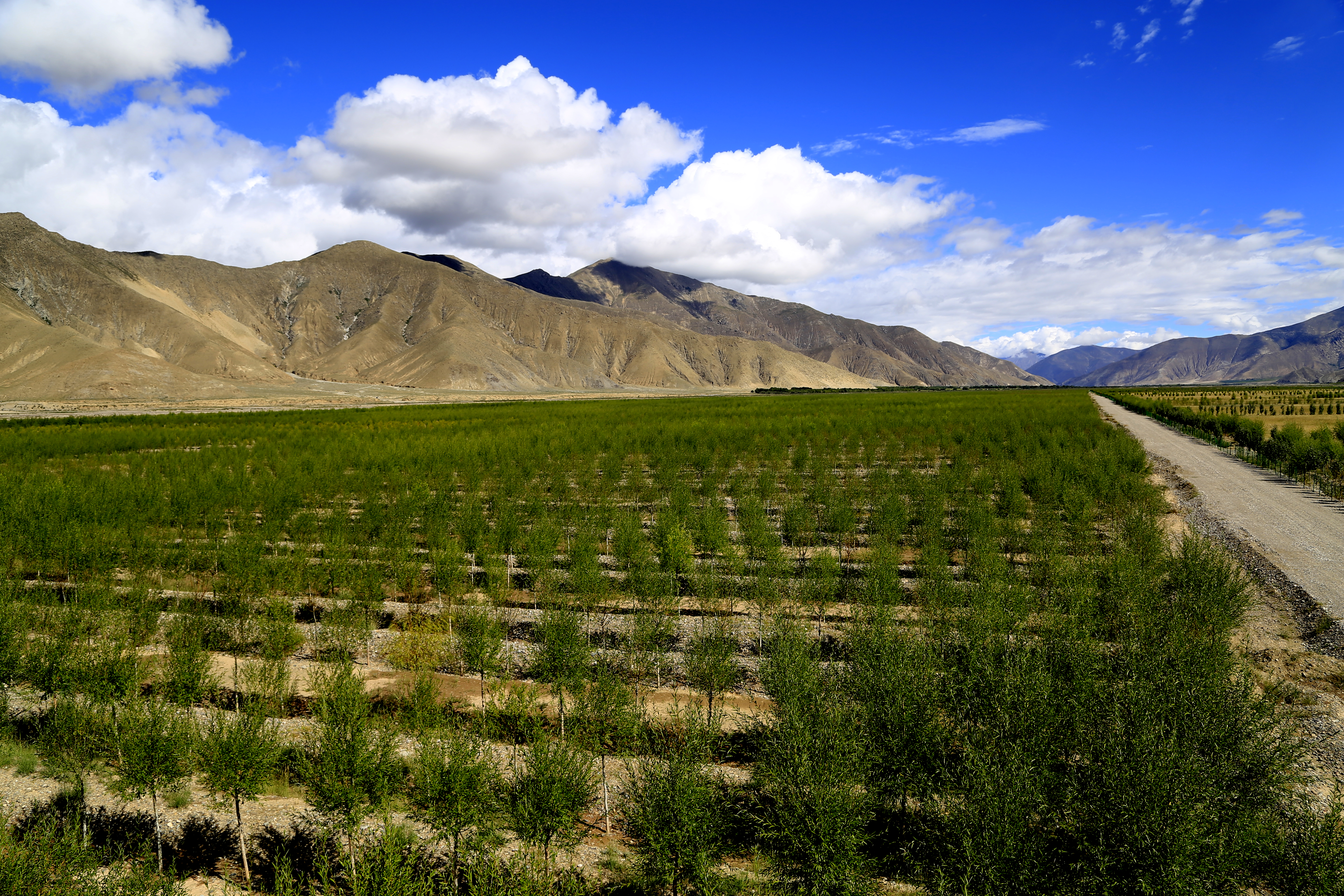 Bare mountains dominate the scene upstream along the Yarlung Tsangpo River from Lhasa.

It is a big surprise when rows of neat saplings on the north bank catch people's sight after 3 hours' drive with boring scene. "Here is Elmar Town", the locals say.

In the Liu Guo Village of Elmar town, Namling County, Tibet, there are rows of neat trees, though trees in winter aren’t as lush as in summer.

It’s hard to imagine that this place was well known for its windy and sandy conditions just three or four years ago. 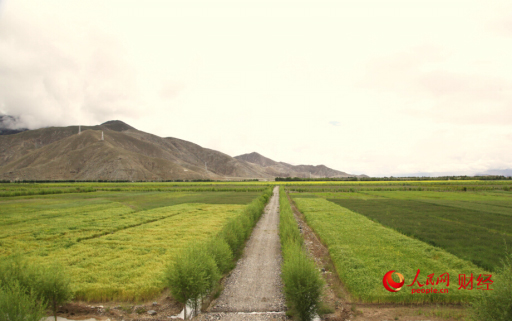 In 2014, Tibet launched an afforestation project in the "Two Rivers and Four Streams" (namely, the Yarlung Tsangpo River, the Nujiang River, the Lhasa River, the Nyang Qu, the Ya-lung River and Sengye Khabap) area, which held more than 80% of the region's total population, in order to conserve water, prevent wind and control sand.

Elmar Town is right the starting point of the project.

During the following three years since 2014, Namling County has built the “Ecological Demonstration Zone of North Bank of the Yarlung Tsangpo River”.

A total of 1.3 million seedlings of various types have been planted in 26 thousand mu (1,733 hectares) areas, with the survival rate over 95%, which attained the preliminary effect of water conservation and sand control. Besides, the area’s oxygen content is up by 5% and air humidity by 10%.

Afforestation has not only improved the ecology, but also helped a lot of poor people shake off poverty.

According to Sangye, a 74-year-old forest ranger of the town, spring ploughing was even seriously affected in the past due to wind and sand.

Today, because of the prevention and control effort, soil quality is better, crop yields higher. He even got 40,000 Yuan (5,832 US dollars) by selling potatoes alone in a year.

In addition, forest rangers have 1,300 Yuan monthly wages, and an extra subsidy of 100 Yuan per day if participating in tree planting.

“Apart from the trees, we have also organized villagers to plant 47,000 mu of grass, which providing poor people with an income of more than 1,700 Yuan per capita,” said Sonam Chophel, head of the town.

In 2016, a total of 25,082 poor people of Namling County became forest rangers and wetland administrators, with an annual per capita post subsidy of 3,000 Yuan.

In addition, an 890-mu tree nursery base was constructed and 3.8 million seedlings cultivated, with more than 60,000 seedlings sold, bringing economic benefits of more than 2 million Yuan, according to Wang Dingfeng, head of the County.