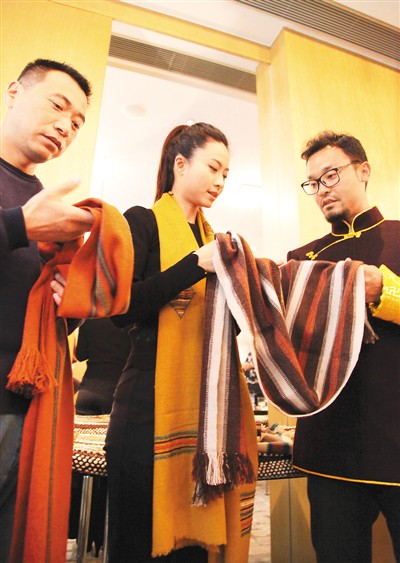 The picture shows a staff introducing materials and craft of Lhoba textiles.

The project was organized by China’s Ministry of Culture in 2010 to launch investigation on Tibet’s ethnic items, such as Lhopa textiles and Kyimtong Tibetan paper in Nyingchi and Lhoka.

The project also aims to help provide employment and increase income for local residents by promoting the local traditional handicrafts into market.