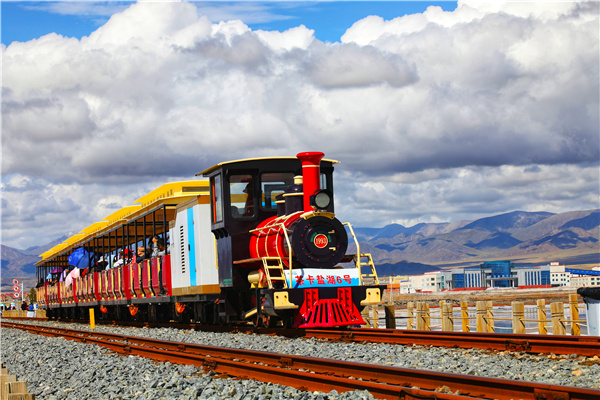 The country is seeking to promote its industrial heritage through tourism.

Past industrial sites have become a hit among tourists in the Xinjiang Uygur autonomous region.

The site of the first oil well in Karamay in the region's north has received about 2,000 visitors a day since June, according to the site's management. Visitors are mostly attracted by big oil-bubble sculptures there and the history of a largescale oil discovery in 1955.

The local government began to develop the site as a scenic spot in 2013 after drilling operations had halted and opened it to the public two years later.

During the roughly 12-hour road trip from Karamay to Hami, where there is an obsolete coal mine, travelers can see old-fashioned steam trains carrying coal along the way.

An increasing number of domestic travelers, especially those with children, are favoring such sites to relax and learn.

Five central government organs, including the National Development and Reform Commission and the Ministry of Industry and Information Technology, recently issued an implementation plan to boost the protection and use of old industrial sites across the country.

"Industrial sites have not only witnessed the unusual development of China's modern industrialization, but also contain rich history and cultural value," according to the plan.

It calls for the establishment of an industrial-heritage database and a "tiered" protection mechanism for such sites. Support will be given to old industrial cities to develop cultural-relic protection and the use of "demonstration zones". The industrial museum system will be improved and exhibitions will be held. Commercial services will help develop industrial-tourism experiences. Culture and art festivals will also be held to promote the protection of the country's industrial heritage.

China is a manufacturing powerhouse.

Over the past years, the government and nongovernmental organizations have explored new approaches to protect industrial heritage, says Sun Xing, deputy director of the industry and culture development center of the Ministry of Industry and Information Technology.

The Beijing Municipal Culture and Tourism Bureau rolled out 12 routes for industrial tourism in January. They cover industrial heritage, museums and parks in the capital.

In Qinghai province, Chaka Salt Lake has been transformed from a highly prized industrial asset into a tourism draw. Millions of metric tons of salt are produced from the lake every year. A train carries visitors from the banks of the lake to its center, where they can see salt-collecting vessels in action.

In 2017, Keketuohai in Xinjiang developed what is said to be China's first rare metals mine sightseeing route, which includes a treasure hunt and a program that aims to popularize geology. In Hubei province's Huangshi national mine park, a pit that is 444 meters deep has become a top tourist attraction. More than 1.2 million acacia trees have been planted in the park's hard rock mine to create a blossom scene in spring.

A total of 1,000 national "industrial-tourism demonstration" sites will be built, along with 100 related facilities and 10 cities for industrial tourism by 2025, according to the Ministry of Culture and Tourism.

In Tangshan, Hebei province, seven such sites have been developed that draw on the area's industrial heritage, and include China's first mechanized coal mine, steam locomotive and factories that made bathroom and toilet fittings.

The tourist numbers for past industrial sites in China grew by 31 percent annually from 2015 to 2017, and relevant tourism revenue rose by 24.5 percent, says the Ministry of Culture and Tourism. 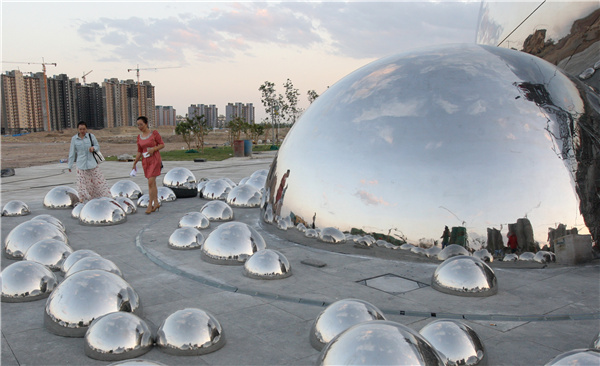 Compared with natural sightseeing, industrial tourism is not affected by changes in weather and can receive tourists even when it is offseason at other tourism destinations, especially in the country's north in winter. However, the development of industrial tourism varies among regions, and some sites merely offer tours of old plants, experts say.

Ma Xiaolong, a professor at the College of Tourism and Service Management in Nankai University, says professionals from the fields of business design, cultural products, technology and events management should also participate in the development of sites related to industrial heritage.

Sun, the official from the Ministry of Industry and Information Technology, urges creating an industrial-museum system that looks back on history, displays the modern era and points to the future.

In September, the Chongqing Industrial Museum that was built on a defunct steel plant opened to the public. It shows distinctive items such as equipment, products and old production processes that were left during different phases of the city's development.

Its exhibition on industrial history became one of the top 10 museum exhibitions nationwide in May.

In Sichuan province's capital, Chengdu, the LCA Aviation Museum has brought the aviation industry closer to the public, with its sections on science and technology, history and simulated flights, as well as an aviation-themed restaurant.

The central government is working to promote the study of industrial culture and has developed evaluation standards, Sun says.